The death has been shared of Patmore Lewis, who joined the Metropolitan Opera orchestra in 1977. He was 69.

His fellow-musicians say: ‘He was humble and gracious, and somehow always made those around him feel good. His impact on everyone was such that we were always happy to see him, whether it was in the pit, the C level rehearsal room, or laughing with us in the cafeteria.

‘A warm and gentle soul was lost to us and we will never forget him.’ 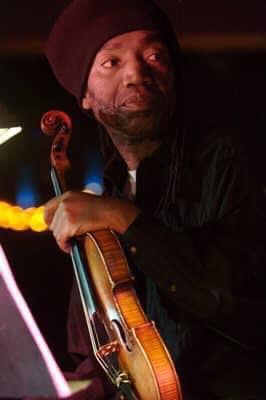 Yannick Nézet-Séguin adds: ‘Another sad and huge loss in our Met Orchestra family. RIP dear Patmore Lewis. I will never forget your smile, your kindness, your warmth, your dedication.’

UPDATE: Official Met posting: The entire Met family was saddened yesterday to learn of the passing of Patmore Lewis, a violinist in our orchestra for more than four decades. He was 69 years old. Patmore grew up in the Virgin Islands and first began performing with the Met Orchestra in the late 1970s, becoming a member of the pool second violin section in 1981. In addition to his work at the Met, he was an all-around musician and both wrote and played music in other idioms—from jazz to hip hop and Latin. He also gave a solo recital at Carnegie Hall in the 1990s. We send our condolences to all those who loved and admired Patmore and mourn the loss of a wonderful artist and colleague.