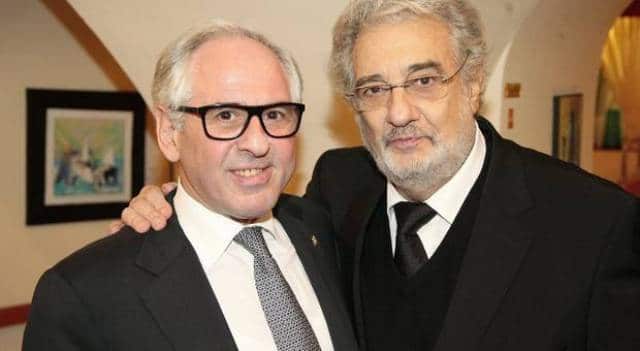 Locked down with Placido Domingo in a Vienna restaurant

The tenor Michael Schade was in Vienna during the terror attack. He shares his experience with us:

A HUGE THANK YOU to so many of you for checking up on us, worrying about us, and asking about our safety, and praying for us. Yes, it was super scary.

Thanks for asking us about our safety during yesterday‘s cowardly attack in the first district in Vienna…we were not 300 m from where it happened.

Dee and I were having a lovely chat with dear Linda Watson and her husband Peter, Covid safe, outside, on the last evening pre lockdown, in the picturesque Annagasse at Aki Nuradini‘s legendary „Sole“ restaurant. This is our family‘s favourite place in Vienna since 1992, when slowly the news broke via several phones and eventually we ended up barricading the doors at the restaurant, and were told by very powerful, fully armed cops to stay inside , that the situation was fluid and dangerous. Yes , it was super scary!

If I do one thing here, it is that I‘d like to thank #AkiNuradini, for being a HERO, fielding calls from the police, keeping his customers and friends safe, urging me NOT to get on my bike and getting out of there, inviting all in to his private quarters, us all, including Placido Domingo and his family, as we all hunkered down and waited and feared. I am not proud of my reaction after helping usher all in, helping barricade all in and saying a quick „we’re ok to all“, as I fell asleep ( I never sleep long or a lot). It was all just so bizarr to me ( yes OK I’d been on breakfast TV that morning, talking about how to keep hope alive in the lockdown and what all I intend to do for the arts, so what), all while Dee was reaching out to the universe. I just couldn’t take the weird general chatter of the, what, 200 people about nothing, including Gilbert and Sullivan,(Whaaat? So surreal as they are never ever played here, maybe they should?! ) or that while we feared the end of the world was near, people were smoking and drinking in the courtyard that we had barricaded while hell was near, as though it was the deck of the TITANIC. I had done all I could.

I will NEVER trust social media again, horrible videos being , passed to each other, and the general screaming of fear and disgust, reports of 40 dead and 15 shooters all turned out to be one lone horrible deranged murderer (schlimm genug!!) and IS sympathizer gunman, and because two lovely chaps of Turkish ( Immigrationshintergrund) helped and saved a policeman and an old lady, their heroism caused stuff to be put on the internet that shouldn‘t have ever been made public. It caused a situation where Heros get to be suspects , there was vast „Rumgeschrei“ that „they were everywhere“,and that they were also up Mariahilferstrasse and near my house, while we had been separated from Eva Stella who had intended to come by bike to join us and then bike home with us. Our child had , by the grace of God, decided to stay with our Dog at home, that wasn‘t behaving previously to her liking. Thanks to our neighbours, Gerhard and Beate Mitrovits, she was safe at home at their place, while Gerhard and locked our house door and had his hunting rifles at the ready!

I want to thank my heroic wife Dee Schade-McKee for just making sure all know beyond a doubt we were ok. I feel asleep again ( Schade ,really, wow, null points) woke up at six after getting home at three, getting our daughter) expecting to wake up to a world where someone had stolen „our Vienna“, meanwhile it is the opposite.

I awoke at six am after not getting home until 330, with stories about where the opera and Burgtheater audiences were locked in after their last Performances (before what December(?)), with stories of the Burgschauspieler reading to the locked audiences, the story of a Quartett of Vienna Philharmonic playing the Kaiser Walz, the National Anthem in the pit fortgesetzt scared locked in audience there, of staff sleeping at the houses to make sure all are ok, Dee seeing the helicopters all over the city all night and our neighborhood in lockdown.

We did cooking therapy today, silent, angry, and in grief, meanwhile, the Turkish migrant background men were being publicly thanked by the chancellor and the Bundespräsident, the Kardinal held a religious vigil with ALL faiths in St Stephen‘s cathedral, with the only sound in the first district being the ringing of the Pummerin‘s old and hollow sound that is normally heard on New Year‘s Eve.

I can say that Vienna is alive and beautiful and I don‘t feel that this city is less safe than it was. I feel lucky to be allowed to apologize to my family that I was simply not there enough, or was I (?), and yet I get to live while so many are injured and or even dead. For all of them I pray, and to all of you who called, tried to call, and who wrote to us, or commented to say that you were glad that we were OK on Facebook, please accept our grateful and humble thanks.

I am sitting here listening to Brahms symphony number 1 with a glass of Macallan scotch-tomorrow we shall have my aunty Sixta Lacraz Rotterdam over for the „lapin a la moutard“ we made, she was also in the first district, and is safe, and surely has stories of her own. 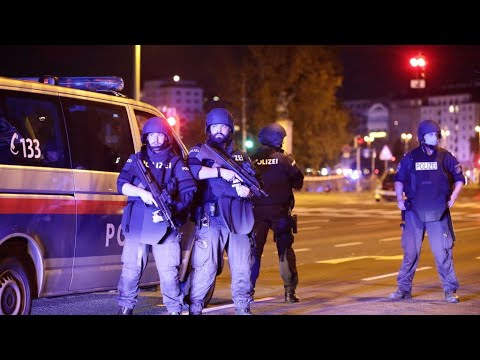 Is this a real pianist? »