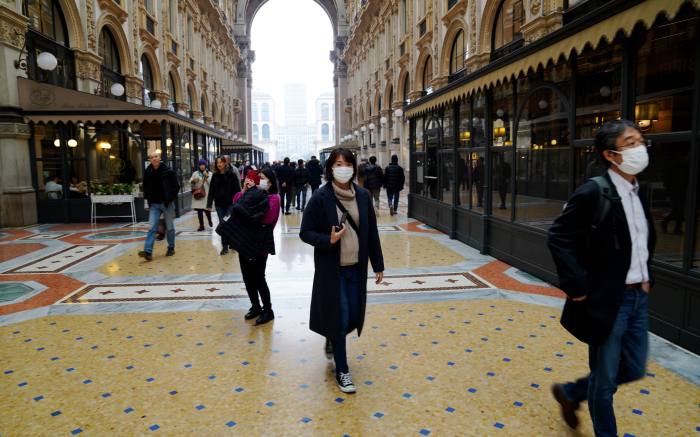 Since yesterday Milan is in lockdown again. The streets are deserted, the silence is often broken by the sound of ambulances and performances with the public attending in the hall are forbidden at least until December 3rd. In these conditions it was neither possible nor a sign of responsibility to confirm our choice to open the Season with Gaetano Donizetti’s Lucia di Lammermoor on December 7th. Lucia would have been conducted by the music director Riccardo Chailly with the direction of Yannis Kokkos and Lisette Oropesa, Juan Diego Flórez and George Petean as the protagonists. Rehearsals had already started on 26 October and the performances will now be rescheduled.

The tradition of the opening of the Teatro alla Scala Season is very much felt in Milan. Originally La Scala, like all Italian theatres, opened its Season on 26 December. After the World War II the reconstruction of La Scala, which had been partially destroyed by bombing, became a symbol of the rebirth of the city. In 1951 it was decided to further underline the link between La Scala and Milan by moving the opening date to 7 December, which is the day of Saint Ambrose, the patron saint of the city. That year Victor de Sabata conducted Verdi’s “I Vespri Siciliani” with Maria Callas. Since then, 7 December has become a point of reference in the calendar of opera lovers all over the world and one of the most important cultural events in Italy, also thanks to the collaboration between La Scala and Rai (the Italian public television) which not only broadcasts the premiere live on its main channel but also shares it with some of the major international television channels. Last year the premiere of “Tosca” reached more than 2,850,000 viewers in Italy alone.

La Scala will not remain silent this 7 December either. In the next few days we will announce the program of a concert conducted by Riccardo Chailly in which some of the greatest international singers will participate together with our orchestra, choir and ballet. We will not be able to have an audience in the hall but Rai will allow us to be seen by a wider, international audience broadcasting our “7 Dicembre” on channel 1 and on some of the main international TVs. It will be a wonderful night of music but also a message of will and hope for Italy and for all the theatres and artists affected by the global events of these months.

We will update you soon.

The Slipped Disc daily comfort zone (228): On the Fritz »