Furtwängler warns off a fellow-collaborator

A letter has come to light at auction in which Wilhelm Furtwängler warns the Swiss pianist Edwin Fischer in 1947 that the anti-Nazi violinist Adolf Busch is seeking confrontation with him. Both Furtwängler and Fischer were willing Nazi collaborators.

Here’s the text of the letter.

‘Yesterday someone who recently came back from London told me that Adolf Busch said in presence of many other persons that he is “just waiting for the moment to meet you and to confront you personally and badly because of your attitude in Germany”. I thought it was the right thing to do to let you know in order to be ready for this or to avoid such meeting.’ 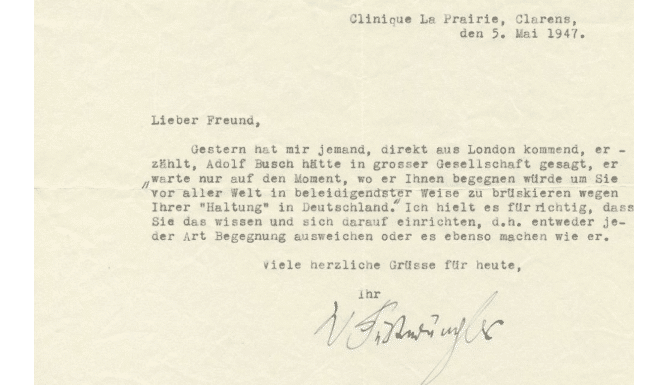