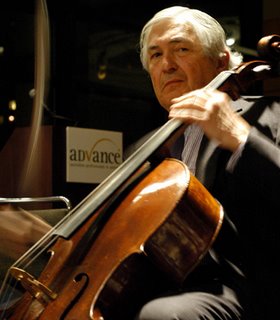 Death of urbane banker who studied with Jacqueline Du Pré

When the British cellist fell ill with multiple sclerosis in the early 1970s and fell into a profound depression, her friend James Wolfensohn applied to her for private lessons.

Wolfensohn, who died yesterday in New York aged 86, was an Australian financier who went on to become president of the World Bank until 2005. He also served on the board of Carnegie Hall and played concerts there with Yo Yo Ma and Bono, among other musician friends.

When I called him once at the World Bank to talk about Jackie, he remembered flying Concorde back and forth in a day in order not to miss a lesson. ‘It wasn’t charity or kindness on my part,’ he insisted. ‘I really wanted to learn from her.’

« The first US female violin star has died at 92