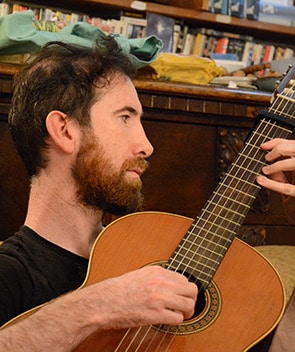 Violinist who became doctor takes his life during Covid

The Daily Mail has the tragic story of Joshua Burke, a violin prodigy who graduated last summer as a medical doctor, only to take his own life during Covid-19 isolation.

Joshua, who was 35,  won a scholarship to the Yehudi Menuhin School and a degree from the Royal College of Music. He toured as a soloist with the London Chamber Orchestra, maintaining friendships with many of his classmates. Five years ago he switched to medicine.

He graduated from Warwick University in July 2019, but suffered from depression. He was found dead this summer, on June 14. There was an obituary last month in the BMJ.

His uncle said: ‘He struggled with ethical problems in medicine, his growing depression and corona isolation. He may not have asked loudly enough for the needed help.’

It’s a terrible tale of our times.