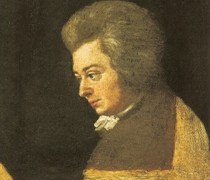 On April 4, 1787, hearing that his father Leopold was seriously ill, Wolfgang Amadeus Mozart wrote a bizarre farewell letter to his father, full of half-digested church sermons and Freemasonry:

‘Death,’ he wrote, ‘when looked at closely, is the true goal of our lives (…) for a number of years I’ve familiarized myself with this true best friend to such an extent that his image is not only no longer a terror to me but offers much that is comforting and consoling! – And I give thanks to my God that He has given me the good fortune of finding an opportunity – you understand what I mean – of realizing that death is the key to our true happiness.’

The letter today reached Salzburg, as its latest acquisition for the Mozarteum Foundation. 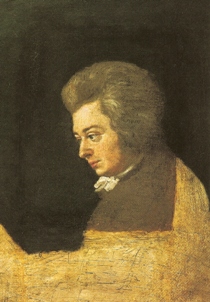