Just in: Music goes mute across France for the next month

Mme Bachelot has promised ‘the necessary support measures to overcome this ordeal together’, but the mood is bleak.

‘Everywhere in France, the teams are working once again to urgently rethink their programming’, said Loïc Lachenal, director of Rouen Opera and president of the Forces Musicales (union of opera and orchestra employers). ‘But we cannot help feeling ambivalent. Torn between the desire to open up at all costs, and discouragement in the face of the scale of the difficulties.’ 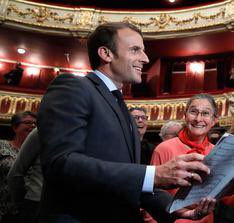