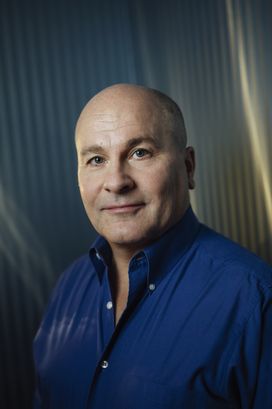 I witnessed the dismantling of our beloved art form

Kevin Conners, an artist of Bavarian State Opera since 1988, gathers his thoughts on lockdown day:

From the Staatsoper blogsite:

October 27, 2020
When I woke up this morning and realized that I had forgotten our wedding day again (it was yesterday), I knew it was not going to be a good day. As it turned out, I’d be right.

Everyone at the Bavarian State Opera takes Covid-19 very seriously. The opera has around 950 employees, some of whom are tested for the corona virus at regular intervals. There is a sophisticated hygiene concept, and the University Clinic Rechts der Isar continuously advises the State Opera. My test appointment was at 9:40 a.m. When I entered the test hall, a friend of mine, also a singer, was acting very strangely. After a few minutes it was clear that he had a stroke and needed immediate medical attention. Those of us who were around banded together to take care of him, and it was lucky that the doctor at the clinic who was doing the tests was there and was able to help immediately. He is now stable and is resting in a city hospital.

As a result of this incident, I was late for my first rehearsal of the day. It was a musical rehearsal for our new Falstaff production . Michele Mariotti, our conductor, showed understanding for my delay and then led a productive rehearsal where he took the time to explain the beauty of the Italian language in the context of music. The Falstaff cast switched to rehearsal costumes and began the scenic rehearsal with the director Mateja Koležnik. The energy she shows is amazing. Her vision of Falstaff is extremely interesting and colorful, as is her language. In general, we had a very productive day on the Falstaff set. We have made musical and scenic progress, and the second act is taking shape.

Between rehearsals I was busy with e-mails and the suggestion from the actors at the Residenztheater for a letter to the heads of government about our future. The letter expresses the call for dialogue well. All soloists of the Bavarian State Opera have agreed to the content of the letter, which will be published tomorrow.

My last rehearsal of the day ended at 7:40 p.m. In the National Theater Macbeth ran on stage with 50 spectators in the hall. I have been a member of the Bavarian State Opera since May 1st, 1988. I’ve never seen anything like it during my time here at the theater. It was a sad moment indeed for me. When I think about the events of the day, I have one particular dialogue in mind:
Mateja Koležnik: “Can we rehearse?” Michele Mariotti replied “Can we perform?

Is that what we are faced with as artists? The question of our very existence?

As I tried to demonstrate at the beginning, we care for one another at the Bavarian State Opera. We take care of each other. We don’t want anyone to get sick. We adhere to all the requirements of the health law. I sang with a mask on for five hours!

As I watched the colleagues perform tonight, I witnessed firsthand the dismantling of our beloved art form. If this continues, it will be the demise of the theater and lead to a void in society. The arts feed humanity. Will I no longer be allowed to do what I was born to sing, perform and give hope by sharing my talent with others?

Today was not a good day.