This could change lives – a few, at any rate.

Press release:
Since the tuba was invented, no such improvement has ever emerged as the innovation introduced by Roland Szentpáli and Zoltán Juhász that shall revolutionise the instrument. The newly developed mechanism now allows musicians to play the tuba stand-up and move freely on stage. The conversion from the traditional to the standing positioning takes only two and a half minutes. The significance of this invention is manifested by the German seventh-generation luthier, Gerhard Meinl’s involvement in the world patent and distribution. 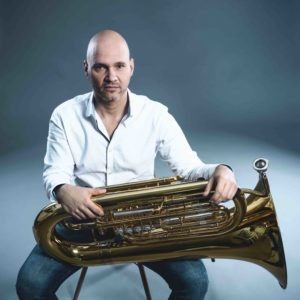