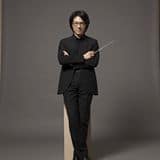 How China uses its powers to kill Covid

We reported earlier that all 100 musicians of the Hong Kong Philharmonic Orchestra have been sent to quarantine camp after one of their number tested positive for Covid-19.

And it’s not just the musicians. Their families are also being ordered into quarantine.

Concern is being expressed for a clarinet players, who is pregnant, according to one report.

Audience members who greeted players after the weekend concerts have been told they are safe, so long as they wore masks.

The music director Jaap Van Zweden is coming to the end of 14 days quarantine in his hotel and will not conduct next week’s Beethoven concerts, which have been cancelled.

But here’s a twist: Hong Kong’s chief executive Carrie Lam attended the opening concert. She is due to meet the Chinese President Xi Jinping in Shenzhen tomorrow. Let’s see if that meeting goes ahead.

UPDATE: A statement from the HK concert hall:

The LCSD will arrange thorough cleansing and sterilisation at the venues according to guidelines provided by the Centre for Health Protection (CHP). The Auditoria Building will reopen on October 16, while the Concert Hall on October 25.

The performer concerned last played at the HKCC on October 10 and made no contact with the public during the performances. He underwent temperature check when entering the HKCC and his body temperature was normal.

The LCSD is highly concerned about the COVID-19 epidemic and will continue to maintain close liaison with the CHP. Staff are reminded to pay attention to personal hygiene and to stay vigilant. They should seek medical advice immediately if feeling unwell.

« Death of a minimalist pioneer, 80