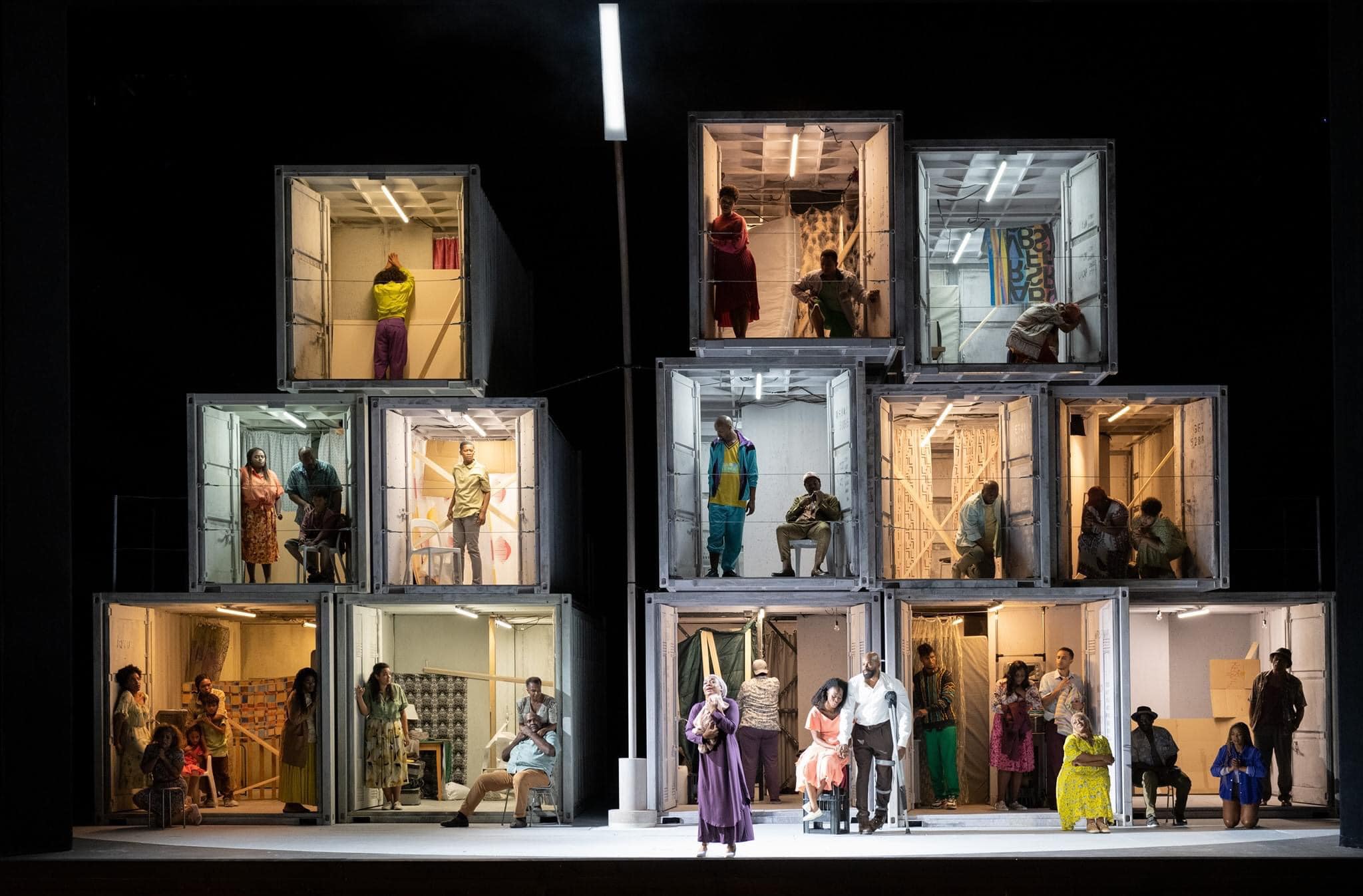 Tonight’s the premiere of our new production of Gershwin’s “Porgy and Bess” at Theater an der Wien! It’s a huge cast, it’s a huge production, but with everyone getting tested for Covid regularly and a strict safety concept for the theatre, we sailed through six weeks of rehearsals safely, and here we are! The singers have to be heard and seen to be believed! So proud that we got such outstanding artists: Eric Greene and Simon Shibambu alternate as Porgy, Jeanine De Bique and Pumeza Matshikiza alternate as Bess, Mary Elizabeth Williams as Serena (with Pumeza singing shows later in the run), Zwakele Tshabalala as Sportin’ Life, Brandie Sutton as Clara (with Jeanine singing one show later in the run), Tichina Vaughn as Maria, Norman Garrett as Crown, Ryan Speedo Green as Jake, Ronald Samm as Peter, Calvin Lee as Robbins, Themba Mvula as Frazier, Sani Muliaumaseali’i as Mingo, Njabulo Madlala as Jim, Sarah-Jane Lewis as Annie, Felicity Buckland as Lily, April Koyejo as the Strawberry Woman, Msimelelo Mbali as the Undertaker, Siphesihle Mdena as the Crab Man and Nelson, Ernestine Stuurman as the Woman, Tobias Vogt as the Detective, Markus-Peter Gössler as the Policeman and the Coroner. Matthew Wild directs in sets and costumes by Kathrin Lea Tag, choreography is by Louise Ann Talbot, lighting by Bernd Purkrabek! The Wiener KammerOrchester, in this case no less than 55 musicians, and the super energetic chorus perform under the baton of Wayne Marshall. Toi toi toi to everybody involved onstage and backstage in the making of this electrifying production, and a very special thank you to Anja Mayer for doing such a fabulous job!