The German conductor Johanna Malangré has been named music director of the Orchestre national de Picardie, based at Amiens in france.

Malangré, 31, succeeds the Dutchman Arie Van Beek. She is only the second woman to head an orchestra in France – after Debora Waldman at Avignon-Provence – and her appointment was signalled out for official acclamation by the minister of culture, Roselyne Bachelot-Narquin. 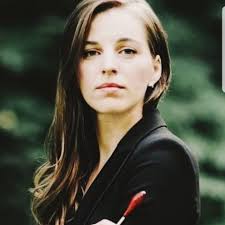