In a late cast change at the Vienna State Opera, Nicole Car will jump in as Tatiana in the new Dmitri Tcherniakov production of Tchaikovsky’s Eugene Onegin, opening this weekend.

It will be Nicole’s house debut. She has already sung the role in Munich, London and Paris.

In Vienna, she replaces Tamuna Gochashvili. 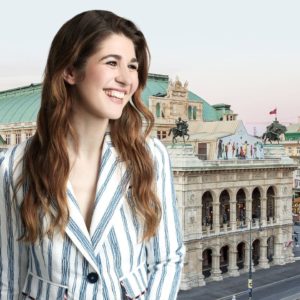