Another opera star pitches in to Armenian-Azeri war

The soprano Maria Guleghina went demonstrating in Luxembourg yeterday, calling for international recognition of Nagorno-Karabakh, which the Armenians call Artsakh. 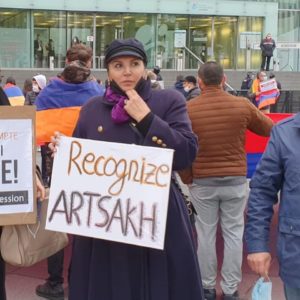