A popular composer silenced by the BBC

The Lebrecht Album of the Week has a premiere recording of an opera by Malcolm Arnold:

The most popular and prolific composer of his time, Malcolm Arnold was shunned by the British music establishment for being, mostly, too popular and prolific, and therefore a potent threat to the nonentities who were not. Arnold (1921-2006) had other crosses against his name. He was a former orchestral player (working class), an Oscar winner (disgraceful), a tonal symphonist (non-BBC-pc), an alcoholic and a philanderer who suffered repeated bouts of mental illness. In short, he was everything the suits hated…. 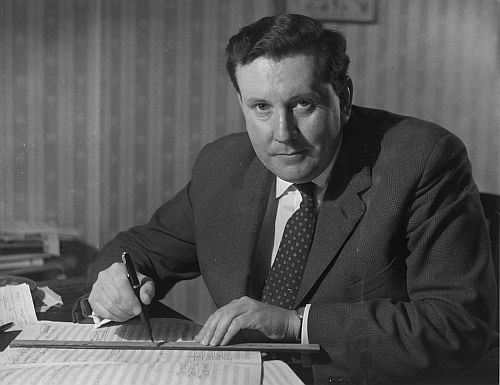