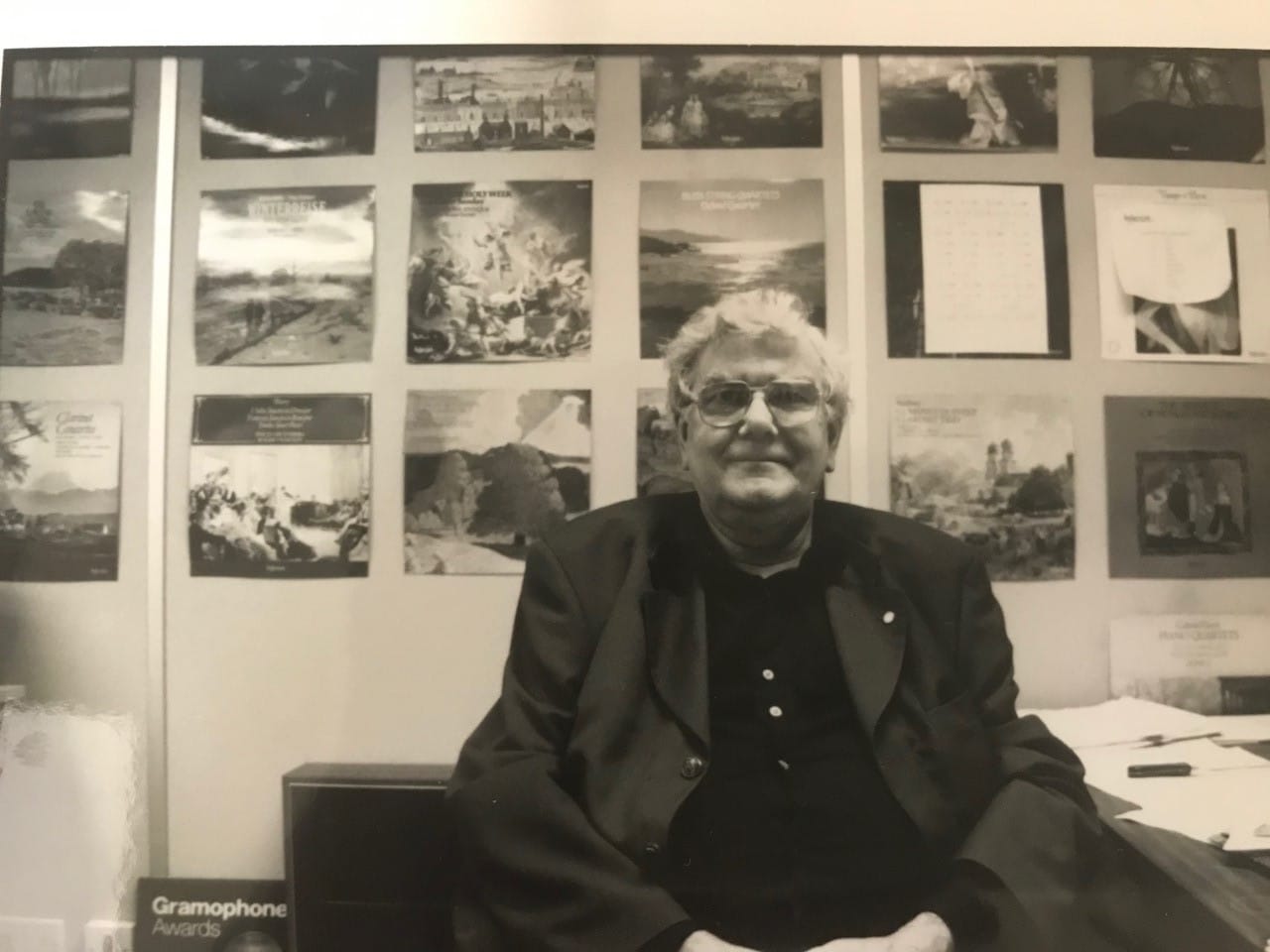 Here’s the official history:
On 1st October 1980 – 40 years ago to the day – an advertisement was placed in Gramophone Magazine.
‘This month sees the introduction of a new label devoted to the presentation of fine, varied, and interesting repertoire, engineered to the highest present-day standards, attractively presented and priced.
The first six releases are listed below, and further titles will be issued regularly. We will not specialise…except in good records – and the repertoire will cover all fields and periods, from ‘early’ music to the present day’
A66001 – Finzi and Stanford Clarinet Concertos with Thea King, The Philharmonia Orchestra conducted by Alun Francis (still available as CDH55101 after 40 years!)
A66002 20th century Guitar Music by Alice Artzt
A66003 Bushes and Briars and other English Folksongs with the tenor James Griffett and Timothy Walker on guitar
A66004 Mussorgsky Pictures at an exhibition – for organ – Arthur Wills on the organ of Ely Cathedral (produced by Simon Perry aged 19 who, on his journey to Ely along the M11 was given a fixed penalty for speeding in his mother’s two-tone MGB GT V8!)
A66012 Service High and Anthems Clear – Choir of Ely Cathedral directed by Arthur Wills (available on CDH88006)
A66016 The Piano music of Samuel Barber performed by Angela Brownridge. (available on CDH88016)

Hyperion was founded by Ted Perry in 1980 and succeeded by his son Simon Perry following his death in 2003.
Now, 40 years later, the label has close to 2,300 recordings in its catalogue and has won many, many awards.

I still have that Thea King first release on my shelves.

« Exclusive: More than half of Valery Gergiev’s chorus have caught Covid-19