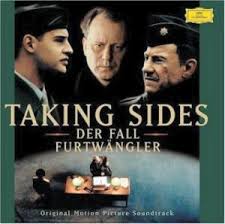 The playwright who changed Furtwängler’s tune

I had several enjoyable conversations with the late Ronald Harwood while he was writing his hugely sucessful play on Wilhelm Furtwängler and his unfortunate flop on Gustav Mahler. Ronnie, who died yesterday aged 85, was a lovely man who lived for theatre and loved the psychology of music and musicians.

His Furtwängler play Taking Sides, directed at its 1995 premiere by Harold Pinter, positively crackled with dramatic tension. I told Ronnie on opening night that the world would never look upon Furtwängler the same way again. This was truer than I imagined. At the time, the conductor was taken at his own estimation as a helpless victim of Nazism who made music for the German people, not its rulers.

We know this today to be untrue. Furtwängler enriched himself under Hitler, enjoyed his status in the Reich and shamelessly abandoned his musicians once it became clear that Germany was collapsing. Ronnie’s play started the process of revealing the truth.

Mahler’s Conversion opened just after 9/11 and played to a half-empty, uncomprehending house, causing him great distress. Ronnie went on to win an Oscar for his script of Roman Polanski’s film, The Pianist. He also wrote a play, Quartet, about a retirement home for musicians.

As a young man, he wrote a novel about César Franck and Augusta Holmès, which I have been meaning to reread.