Robin Ticciati signed on today for another five years as music director of the Deutsches Symphonie-Orchester Berlin, taking him up to 2027.

He says: ‘No-one can hide the fact that the next years for classical music will be very difficult to navigate: we will have to fight our corner with ever stronger passion. Symphonic orchestras must continue to question their own identity, inner creativity and ways of touching as many people as possible. It is the wonderful, logical step now for me to renew my special ties to this maverick band, the DSO, in Berlin. They want to risk and be pushed. Their thirst to evolve, to progress the model of what a radio orchestra actually can be, for Germany and the wider world, is a beautiful thing to be part of – I look forward to the years ahead. There is a lot more to achieve for everyone involved.’ 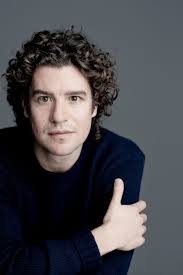