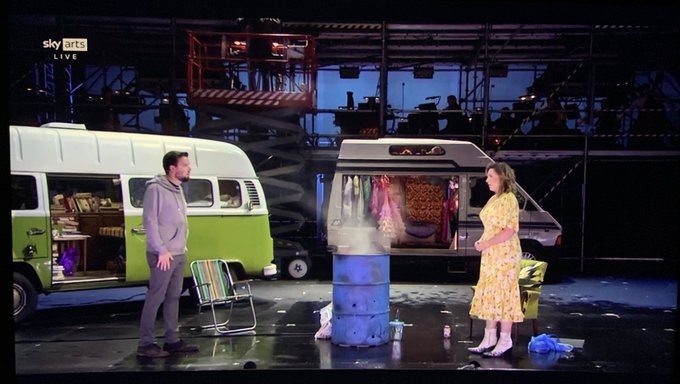 Did the Met really need to close?

On the day that Peter Gelb shut the Metropolitan Opera for the next year, the penny-pinched English National Opera were on Sky Arts television, performing La Boheme in a north London car park for £100 per vehicle, or £35 a bike.

The rain lashed down and Mimi could barely see beyond her lashes but the audience honked their horns with approval at every set-piece and we at home cheered at this triumph of art over multiple adversity – Covid, underfunding, poor governance and more. Natalya Romaniw’s Mimi showed the blazing fortitude and faith in opera that so many companies have lost in this pandemic.

Nor is ENO alone in its ingenuity. Zurich Opera has devised a way of presenting a Boris Godunov safely by beaming in the orchestra and chorus from another venue. La Scala, Barecelona, Vienna and Berlin have managed to reopen. Glyndebourne and Garsington used their gardens creatively. Wherever opera used to be performed, people are rethnking the dimensions of the artform – how it can survive the next 2-3 testing years, and how it reconfigures all available space for a future renaissance.

No such imagination has gone into, or come out, of the Met. Faced with a major obstacle, it took the easy option and shut down. With the whole of Central Park on its doorstep, it refused to step outdoors. The Met has failed the artists, failed the public, failed the art itself.

This might, however, be the start of a new era. Opera will find another way to flourish outside sclerotic establishments. It will take to the open spaces, to the parking lots, the brownfield sites, the new horizons. There will be a way. There must be.