St John’s Smith Square, which is situated in the heart of Government, has been working with the Culture Department to bring back live concerts with audience. Here’s how far they’ve got.

Following a successful pilot concert with a live audience in July, St John’s Smith Square are delighted to be able to welcome audiences back to enjoy live performances this Autumn. Between now and the end of 2020 a programme of 63 public concerts is planned. There will also be 50 digital events as part of the St John’s DIGITAL EXCHANGE programme, some of which are hybrid versions of concerts featured in the live programme and some of which are bespoke events created specifically for our digital audience….the programme for the month of October consists of 21 public concerts and 17 digital events.

Having launched the Digital Exchange programme back in July with our pilot concert featuring a live audience, organised in conjunction with the DCMS, The Gesualdo Six (previous SJSS Young Artists) give two performances with the trumpeter Matilda Lloyd including one where audiences are invited to simply ‘pay what they can afford’. The Young Musician’s Symphony Orchestra make a welcome return with a programme of Wagner and Beethoven. The wonderful Klais organ at St John’s is featured in a recital by the sub-organist of Westminster Abbey, Peter Holder whilst St John’s’ status as a still consecrated church is marked with a Sung Eucharist to mark the feast day of the patron saint of Westminster, St Edward the Confessor. 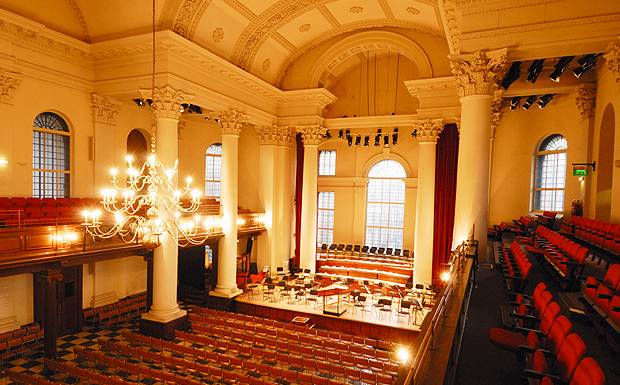