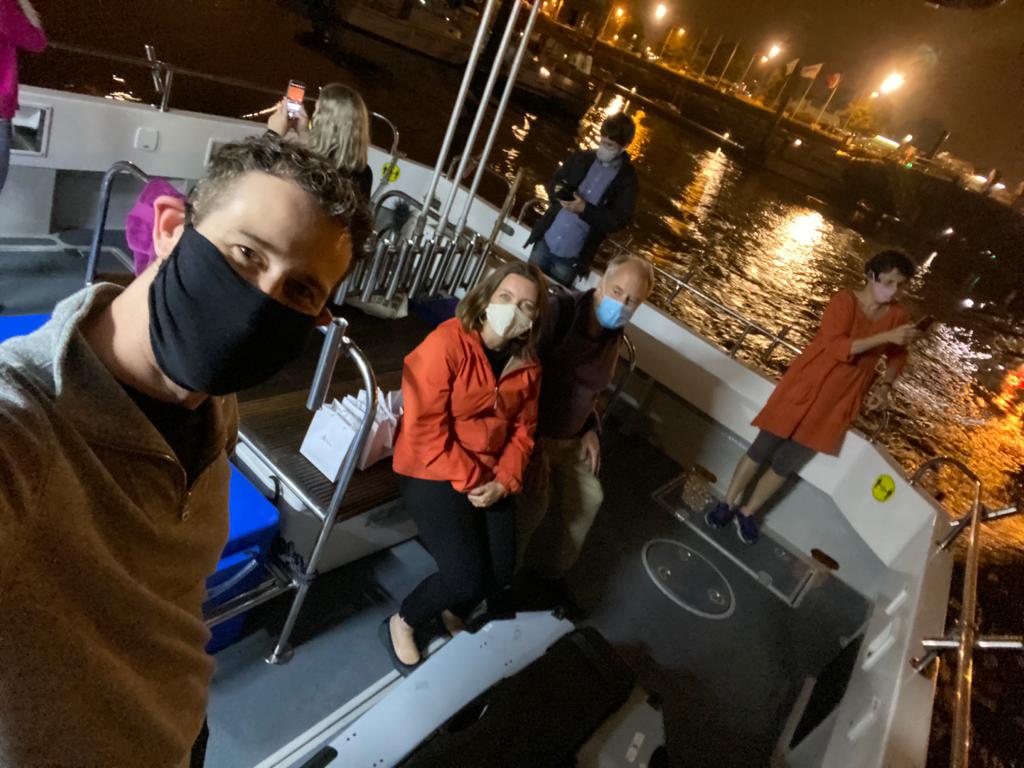 When going to France was a risk worth taking

The Dunedin Consort’s Jo Buckley shares with Slipped Disc the excitements of their flight from Covid-rising France, along with an exclusive picture of a baroque ensemble on a fishing trawler:
When we headed out to France on Wednesday morning, we knew there was a risk of quarantining upon return — the press had been speculating about it for a week already, but with nothing certain either way we felt bound to honour our engagement with the Festival in Lessay. This would be our first performance since February and our first concert income since before lockdown. Live performances are like gold dust these days and most musicians have not had any paid work in six months — the performing industry is in serious crisis. Many have fallen through the cracks of the government’s self-employment support scheme too, so finding a way to get back to work safely has been our biggest priority. And it was equally important to get our performers home again, safely, without them having to cancel more precious work over the next fortnight.
But performing a concert in Normandy at 9pm French time and getting back to the UK by 4am was not going to be easy. We quickly found that the ferries, trains, flights and Eurotunnel were either fully booked or didn’t allow us enough time to meet the curfew. We had all accepted that we would stay, perform the concert, and arrive back late on Saturday as originally planned, and quarantine as instructed. But then, with a bit of hunting around the internet and a tip-off from a charter boat company in Gosport, I discovered Valkyrie Charters, a company that specialises in fishing trips across the channel. I called their skipper, Glen Cairns, who was happy to help us out. He brought his catamaran over from Hayling Island and collected us at Cherbourg just before midnight. We stowed all our smaller instruments in the sleeping quarters below deck, but the double bass in its robust flight case was able to stay up above for the journey. It was a very calm night which made for a comfortable crossing — most of us spent the 5 hour crossing inside, snatching some sleep while we could. We arrived at Hayling Island at 3.50am, just ten minutes before the quarantine cut-off.
Of course for us it was an adventure with a happy ending, but there are some that will question the arbitrary nature of the quarantine cut-off and the idea of scrambling to return home quickly to avoid it. For us, it was about ensuring the livelihoods of our musicians, while following the guidelines. We were lucky to have stayed in a small, rural village in an area where the cases are very low, and we took every precaution to ensure the safety of our team and everyone else while we were there and upon return. Would we have gone anyway, had we known that the quarantine would have been imposed during our stay? It’s hard to know, but sooner or later we have to find a practical and responsible way to get back to work – the performing world can’t sit around with zero income for much longer. We are proud to have honoured our commitment both to the festival in Lessay and to our musicians, and to have taken the first steps towards performing again in this new and rather unpredictable era. 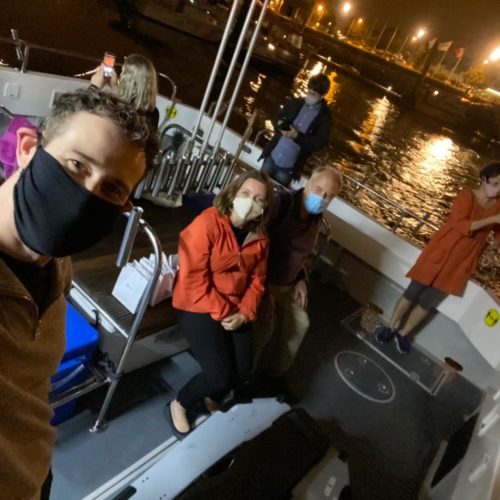 I learned my music at Patelson’s »