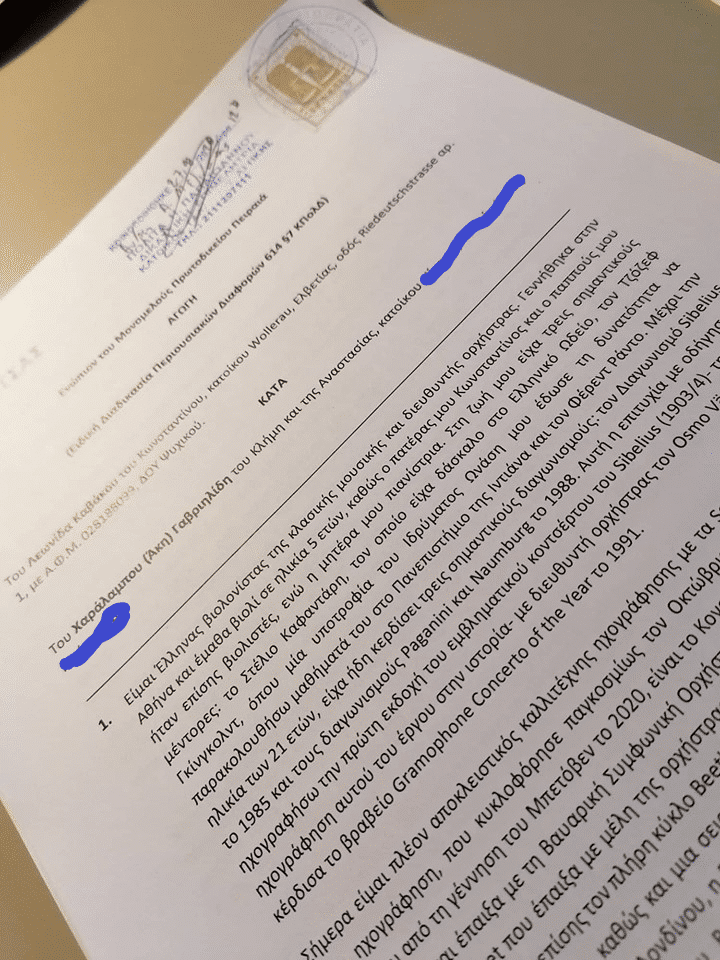 In a lawsuit filed before the Single-Member Court of First Instance in Piraeus, Leonidas Kavakos, resident of Wollerau, Switzerland, asks the court to convict Charidi and Charalambos Charalambos of Anastasia, with payment of compensation of one hundred thousand euros as monetary satisfaction for moral damage, as well as personal detention for 12 months.

We reached out to Leonidas Kavakos for comment. He told us: ‘I gave an interview to a Greek newspaper about the Beeethoven violin concerto. In it I said Beethoven breaks many rules in music. There is a violent element, perhaps coming from his childhood, something  martial. In Greek this word is ‘aris’.

‘The journalist wrote it correctly. This blogger did something horrible. He showed up on my Facebook page and asked the meaning of the word. Before I could reply, he gave the word as ‘aryan’, published a disgusting article calling me a Nazi and saying I should play in camps for refugess. At the end, he put a photo of Hitler.

‘After that, any Google search of my name in greek linked me to racism.

‘I asked the guy to change his article or I would go to court. He kept on sending it round. So I have to sue him. The wording of the penalty for defamation is standard in Greek law.’

Kavakos comes from a family which fought the Nazi occupation and helped Jews to escape. The accusation was singularly misjudged and the blogger’s failure to retract has led to this inevitable outcome.