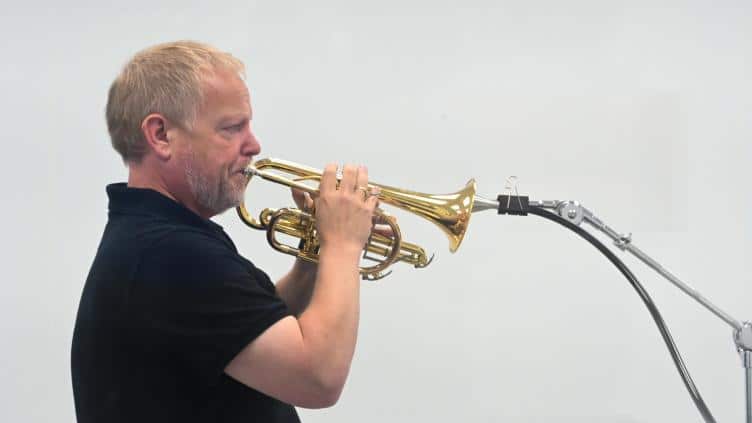 Experiments conducted by Brass Bands England suggest that their cornets and tubas are safer than previously thought.

The particles released from a brass instrument are split into two categories – droplets and aerosols. Droplets are anything larger than 5 microns (a sixteenth of a human hair) in diameter, which fall to the ground quickly, while aerosols, are smaller than 5 microns and can’t be seen with the naked eye. These aerosol particles float on the air currents and can remain there for hours or even days. This ability to remain airborne for a long time is the reason aerosols pose such potential risks to brass bands, which often rehearse in poorly ventilated spaces. This study first looked at how many particles are released by various brass band instruments, ranging from cornet to BBb bass. While both aerosols and droplets were produced, far fewer droplets were seen than aerosols. The type of brass instrument didn’t change the number of particles released significantly and the likelihood is that the individual player makes more difference than the choice of instrument. However, the experiment also looked at the number of particles released when players breathe (without their instruments) and the results showed that observably fewer particles were produced when playing than when breathing alone….

« In Italy, musicians are getting put in cages

Can singing help you recover from Covid? »