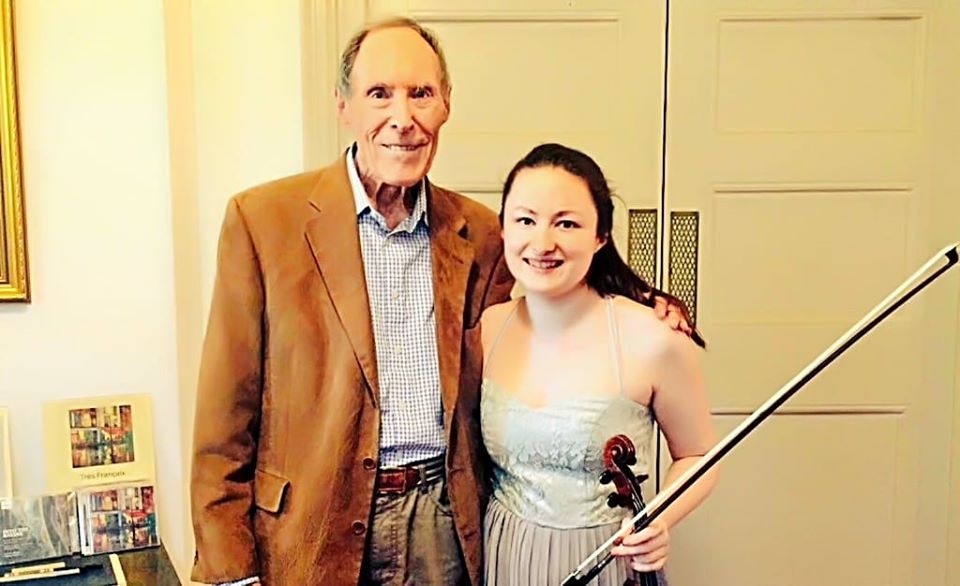 Tributes pour in for Erich Gruenberg

Dozens of musicians are sharing memories of a great soloist, concertmaster, teacher and human being, who died this weekend at 95. Here are a few.

Composer Christopher Gunning: The incredible violinist, Erich Gruenberg, has died. He played the violin solos on my first ever BBC film, Rogue Male. It was crucial to the score that the violin solos were played in a particular style – ‘British’ but expressively so – and the minute Erich started, I realised we had the perfect musician for the job. We spent the day holding back tears each time he played! Sometimes there were violin duets and then he was joined by Kenneth Sillito, also superb. The recording was engineered by Keith Grant, genius of Olympic Studios, and the sessions were conducted by Marcus Dods. It was one of the very best days of my life; I was in my mid twenties and went on to work on more productions with Clive Donner, who, like everyone I’ve already mentioned is no longer with us, except Ken Sillito. How fortunate I’ve been to work with such wonderful people.

Violinist Antonia Azoitei: I was so, so lucky. I owe him an enormous amount. When I arrived from RNCM I had a fairly solid technique but was totally lacking in confidence and strength of mind. He transformed me into a confident communicator and by the time I left I had won awards and got the highest mark of all the string players that year in my final recital. He also had such a knack of knowing what repertoire matched me. He taught me more about mindset and work ethic I think than anything else but that was exactly what I needed at the time. He gave me the tools to have the freedom to express myself and a rock solid voice of my own.….

I have so many funny stories about him I couldn’t put them all here. All his students loved him and with good reason. He was a man of few-ish words but everything he did say spoke volumes. I loved his stories he would pepper my lessons with, about his days leading the LSO, leading the session orchestra for the Beatles albums at Abbey Road (pissing Paul McCartney off by insisting the orchestra left on time, 5 minutes after a day of faffing around rewriting when he finally got down to asking them to play something!) 🤣 I learned a lot about the orchestral world from him.

I loved his stoicism, when I came in broken hearted to a lesson after a bad break-up trying to explain that I just couldn’t play, his warm but firm response was so strangely comforting and created my “the show must go on” attitude I have stood by ever since.

I secretly loved it that he always gave me the first violin lesson of the day at 08:00 though I moaned about it. Once when he was doing the schedule, trying to decide who to give that slot to, I said “Erich, you do know I live in Greenwich and I have to get up at 05:30 to come in for 07:30 to warm up for that time?” He chuckled and wrote my name down next to it anyway. He knew as well as I did I liked the extra push to be productive. I used to play a game with myself where I would try to beat him into the Academy to be practising before he arrived, 07:30, 07:15, 07:00… I never once managed it. He was always there, playing away already!

And the way he would catch me out when he knew I hadn’t practised! Calling my bluff by making me sightread the whole of the Sibelius concerto from beginning to end despite my protestations I hadn’t had time to learn it. (I never brought an unprepared concerto to him again 😆).

I chose him as a teacher because I had heard he was tough, and that was exactly what I wanted – he could indeed be uncompromising but what I wasn’t expecting was his warmth, his humour and the constant twinkle in the eye. Needless to say, I chose well.

I think the best illustration of his character as a teacher comes from the last thing he ever said to me, at my graduation. After graduating with distinction in my PGDip, being awarded the DipRAM and winning the Beare Prize for an outstanding final recital (I think I got the highest string mark?) he said to me, “Hmmm, well… you could have learned more. But you did well I suppose.” 🤣🤣🤣 I agreed with him.

The RPO: The Royal Philharmonic Orchestra was deeply saddened to learn of the death this past weekend of the remarkable violinist Erich Gruenberg, who held the leader position at the RPO from 1972 – 1975 giving concerts under the baton of the RPO’s then Artistic Director Rudolph Kempe alongside many other prolific conductors. Erich Gruenberg was born in Vienna in 1924, moving to London in 1946 after a period in Jerusalem leading the Palestine Broadcasting Corporation Orchestra. During his long career he was leader of the Stockholm Philharmonic Orchestra, the London Symphony Orchestra and the Royal Philharmonic Orchestra, and was first violin with the London String Quartet as well as a professor at the Royal Academy of Music in London.

Laura Rickard: I was so very very lucky to study with Erich, such special lessons both at RAM and during the summers in Vienna, him laughing as he effortlessly demonstrated virtuosic passages well into his 90s. The youngest nonagenerian there will ever be. Always direct, full of wit and so generous with his time.

I am, and always be will so incredibly grateful for this wonderful man’s generosity, great humour, insatiable appetite for music and all round genius. We’ve lost one of the world’s great violinists, most famously as leader of the RPO but also as a soloist and teacher. If you don’t know his playing please do listen, Beethoven Concerto with Horenstein, many of the Beatles tracks, silky Scherazade solos with Stokowski and the LSO, a wonderful Messiaen Quartet for the End of Time and some gorgeous Kreisler miniatures stand out but his discography is endless 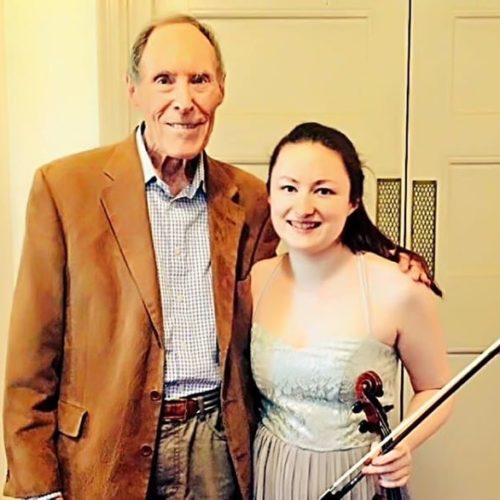 Galina Tanney: I first met him very soon after my mother died suddenly, but I knew that not moving to London to study with him would be a missed opportunity and that I just had to go for it.I’m so thankful I had the chance and I learnt so much repertoire with him,sonatas and concerti which could have been overwhelming in so little time,but he illuminated it all effortlessly.

The day after this, I went knocking on his hotel room at Rajadamri, played Sibelius Concerto horribly, and he probably pitied me enough to find ways to have me as student even when I was still finishing middle school. Recommending me to Purcell so that I could do A Levels. Then RAM. Thank you Mr Gruenberg.

« End of the line for the overnight critic?

He threw a chair for Shostakovich »