The madness of musicology (part xcviii)

Here’s another instalment, coming soon to a campus near you:

What role do music and disability play in the histories, geographies, and politics of imperialism? How does music’s troubled relationship to bodies, senses, and minds, legitimize the disaster capitalism that perpetuates disastrous inequalities buttressed by white supremacy, white privilege, and, more recently, a pernicious liberal rhetoric that neatly sidesteps the work of dismantling these inequalities through empty forms of “inclusionism?”

Disability theorist Jasbir Puar argues that neoliberalism presses disability into the service of upholding and reinforcing white supremacy and privilege, through maintaining liberal racism and nationalist projects. In her recent book, The Right to Maim: Debility, Capacity, Disability (2017), Puar observes that a focus on disability culture grounded in rights-based discourses and positive assertions of
collective identity cannot be considered without taking into account the imperialist and colonialist legacies that perpetuate global, structural, and material inequalities. Examination of disability cultures and disability pride must take place in the context of liberal empowerment discourses, confronting difficult questions about who is able to participate, and who is excluded. To echo her
phrasing, disability culture is “enfolded” into the liberal project of colonization.

As a result, Disability Studies has left mostly unexamined the ways in which debility, in contrast to disability, targets bodies for injury and maiming along geopolitical and socioeconomic lines. The global South, ravaged by the imperialist and settler colonial projects of the global North, is a world of bodies debilitated by the latter’s relentless, ruthless, and unfettered pursuit of wealth and power. Engaging with Puar’s “political” model of disability, this joint meeting of the AMS Study Group on Music and Disability and co-sponsoring SMT Interest Groups interrogates how the “social model” of disability reinforces Euro-American perspectives of musical culture…

Can anyone enlighten us what this has to do with music or musicology?
Jasbir K. Puar is a US-based queer theorist and Professor and Graduate Director of Women’s and Gender Studies at Rutgers University, where she has been a faculty member since 2000 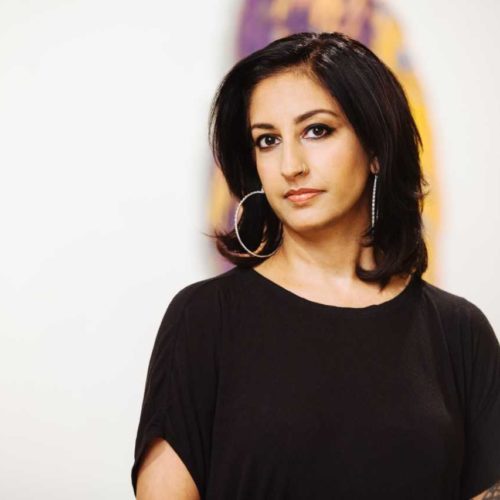