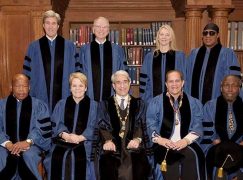 So harmony is now a racist term?

At Yale, all of music terminology is now considered racist. Read this latest musicological effusion:

[Formalism, we should point out, was first used as a music-critical term by Joseph Stalin. NL]

How much do formalisms, and words themselves, remember of their problematic pasts? Music theory’s foremost contribution to music studies in the West is its analytical terminology; this vocabulary facilitates detailed discussions of musical surfaces across disciplines.

Nevertheless, the central claims and innovations of canonic theorists
such as Heinrich Schenker and Hugo Riemann root our basic descriptive concepts in
an intellectual lineage of elitism, eurocentrism, colonization, patriarchy, and ultimately
white supremacy. Terms such as pitch, scale, analysis, and work thereby coproduce a
musical formalism built around the affordances of the Enlightenment subject. These
historical issues are made particularly salient by the recent “Global Turn” in music the-
ory, which seeks to decenter the Western canon by demonstrating the commonality of
musical patterning across cultures. Present-day globalists share with nineteenth-centu-
ry theorists a belief in cross-cultural musical formalism, albeit one put toward differing
ends. German nationalist theorists used formalism to naturalize globalized ethnic and
racial power imbalances, infantilizing the music of other cultures in order to justify the
superiority of Western art music in ways that present-day theorists do not. Yet, when
present-day globalists deploy the same formalisms to draw comparisons across the mu-
sics of different cultures, the result is often an implicit disavowal of the power imbal-
ances nineteenth-century theorists so ardently upheld. This disavowal persists because
the transfer of music-theoretical formalism and its historico-ideological context from
German nationalism to American globalism largely remains uninterrogated. Can we
instead directly address the constellation of class, culture, race, and power that grounds
our discipline’s methods of knowledge production and presumed aesthetic objects by
redefining the formalisms music theory employs? Scholars in disciplines such as jazz
studies and critical race theory, for instance, have reclaimed formalism as a way of
critiquing and transcending the epistemic injustices that minority groups have faced
in Western cultures. Is it possible to redefine our theoretical vocabulary, formalizing
music in ways that embrace alternative theories of the subject and models of history?

Our volume takes up an anti-racist reimagining of music-theoretical formalism by ex-
amining the ideologies latent in the discipline’s foundational terminology. In a recent
blog post, music theorist Philip Ewell observes, “with respect to racial and gender mat-
ters, music theory—and the white-male frame generally—only recognizes linear time:
‘that was then and this is now, we don’t have the same problem with racism and sexism
that they did then, so stop talking about it.’” Like Ewell, we hold that to shift the field
of music theory toward an anti-racist praxis, we must first look backward in order to
move forward. We might find a model for such work in ethnomusicology’s postwar
examination of their field’s roots in nineteenth-century German comparative musicol-
ogy—an intellectual environment shared by many of the theorists whose work we wish
to revisit in this volume. The present compilation draws from ethnomusicology’s anal-
ysis of power relations and the academic gaze by asking how the West’s colonial history
and internal dynamic of white supremacy continue to color the claims music theo-
rists make about repertoires both inside and outside the Western art music canon. Al-
though revetting music-theoretical primary sources will complicate our relationships
with many of the field’s historical figures and concepts, such an undertaking also has
the potential to broaden the discipline, rendering music-theoretical topics accessible to
scholars passionate about race- and class-based analyses of intellectual history, media,
and aesthetics.
We are seeking short essays (ca. 6000 words) that think critically about one key term
in the discourse of Western music theory. Each contribution should cite important
moments in the term’s discursive history that bear on its usage in present-day music
studies. We then invite authors to think creatively about how such a history can inform
a critique of the discipline and offer a vision forward. Some questions authors might
consider in their essays include: How do these terms participate in producing musi-
cal ontologies that overdetermine the superiority of Western art music? What kinds
of idealized listening practices do these terms prescribe, and what types of listening
subjects do they take for granted? How might these terms operate in a new and specu-
lative formalist framework? We have chosen a key-terms format so that the volume
may serve as a teaching tool for advanced undergraduates and those new to the history
of Western music theory while also remaining relevant to advanced scholars in music
studies across disciplines. We welcome submissions from scholars at all career stages
and coming from any discipline, including music theory, ethnomusicology, popular
music studies, jazz studies, sound studies, and historical musicology. Authors may sub-
mit proposals on terms from the list below or may propose a term not included in this
list. Please submit a 400-word abstract and brief biography to jade.conlee@yale.edu by
September 30, 2020. 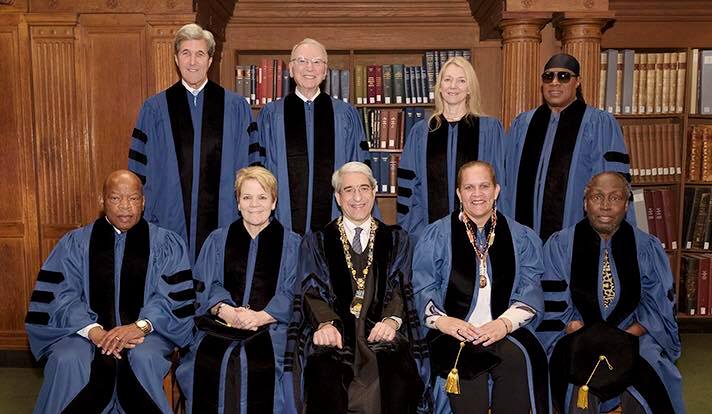 « Fabio Luisi will debut with audience of 75