Oberlin Conservatory in Ohio has received demands from a group of students for:
1 Inclusion of Black faculty in governance
2 An anti-racism colloquium
3 An African American music department
4 Community outreach
5 Creating a culture of anti-racism
6 Ensuring that staff hired in future have an awareness of the importance of Black music
7 Black music to be part of audition requirements
… and more. 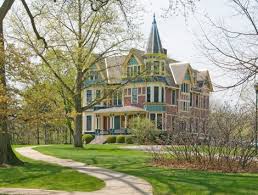 And this has landed at Blair:

To the administration, faculty, staff, and board of the Blair School of Music,
Throughout their history, music institutions such as schools and ensembles have
benefitted from and perpetuated systems of white supremacy while constructing rhetorical
frameworks that rationalize prejudice. These same systems permeate our inherently racist
society and manifest in the recent police murders of Breonna Taylor, Tony McDade, George

Floyd, and thousands of Black people, Indigenous people, and people of color. On June 13th,
the Blair School released a statement in the wake of these losses, affirming its “dedication to
equity, diversity, and inclusion.” These buzzwords ring empty without a comprehensive and
transparent plan to act on that dedication, as some other music schools have published. The
writers of this letter, being a group of white and non-Black people of color, feel responsible to do
our part in dismantling these racist systems. As a coalition of Blair School of Music students
and alumni with a deep appreciation for the quality education and intellectual rigor our
school provides, we write this letter with three aims:
● To acknowledge how our school has avoided meaningfully addressing white supremacy
and anti-Blackness in our institution and the music field at large;
● To propose a course of action to begin becoming an actively anti-racist institution;
● To start a dialogue with Blair administration, faculty, staff, and board members about
how to implement lasting changes.