The Philharmonic makes its first official return to live, public performances with NY Phil Bandwagon. New Yorkers in all five boroughs will catch sight of NY Phil Bandwagon, a customized pick-up truck that will serve as a stage for “pull-up” community performances. Small
ensembles of the Orchestra’s musicians will perform on street corners, plazas, and sidewalks, playing varied programs across the city in a new, experimental concert format.

Countertenor Anthony Roth Costanzo collaborates with the New York Philharmonic as the Producer for this project, launching Bandwagon on an eight-week run starting Friday, August 28, with performances by three Philharmonic string players. Each week will offer multiple
performances on Friday, Saturday, and Sunday. To observe governmental health and safety protocols, masks will be made available to attendees and specific times and locations of Bandwagon “pull-up” performances will not be announced in advance to limit the size of crowds.

“At last the New York Philharmonic can start to emerge from our musical quarantine,” said President and CEO Deborah Borda. “Beginning this weekend, the Philharmonic launches NY Phil Bandwagon, a unique initiative to bring live music back to New York City, engaging new
audiences in all five boroughs. Through the Bandwagon project, Ellen Reid’s SOUNDWALK, and our various digital initiatives, we are providing new points of access to classical music as well as beginning a dialogue with communities across the city. The Philharmonic is poised to be on the cutting edge of what is possible in both live and digital performance as we work our way back to the stage.” 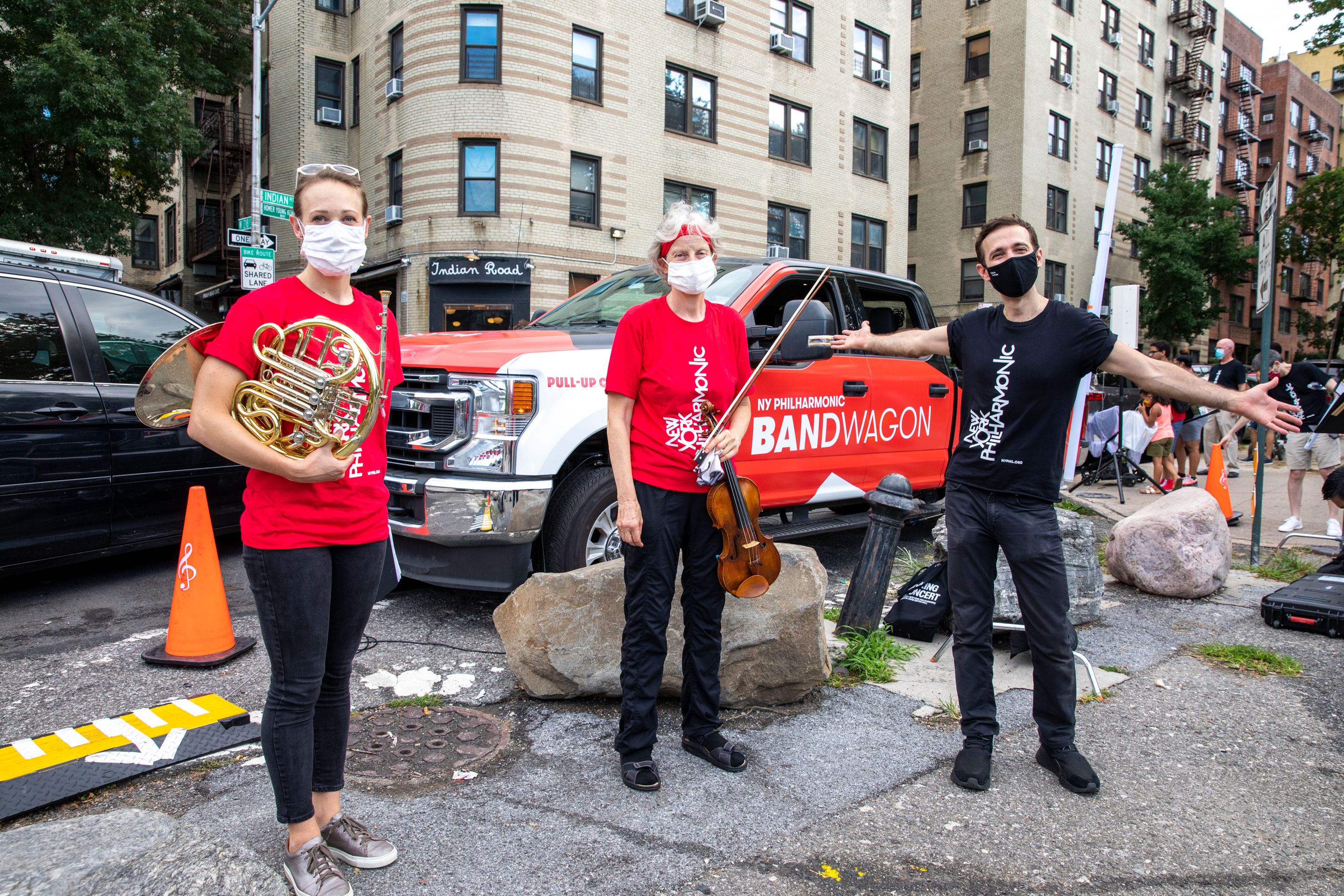