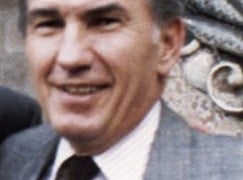 If CAMI can fail, is anyone safe?

Tonight’s shocking news that the world’s largest classical agency has gone out of business will be greeted with alarm throughout the musical world.

The agency, which once had up to 400 artists on its books, was the first port of call for many US music organisations and a trusted partner for countless artists. Its collapse is truly shocking and the consequences will take time to kick in.

But are they all as bad as they seem?

Many, starting with my own warning in The Maestro Myth in 1991, argued that CAMI was too big for the good of  music, but not too big to fail.

Since the death of Ronald Wilford it has lost important revenue earners and failed to nail important new talent.

In the past six months, it caried heavy overheads without a penny coming through the door. A reckoning was inevitable.

The first to feel the chill will be IMG Artists, which suffers all the same symptoms.

Artists who have lost their management agency will have tough choices ahead.

But CAMI veteran Doug Sheldon is returning to business next month and he will throw open his doors to the cream of the agency’s artists. Other agents, now unemployed will set up from their bedrooms.

This is not the end of the story.