The British publication Private Eye has reported that former artists of the crashed agency Hazard Chase are being pursued by its liquidators for commissions on future engagements in order to support their former personal managers. Some of the artists are barely surviving from one week to the next. 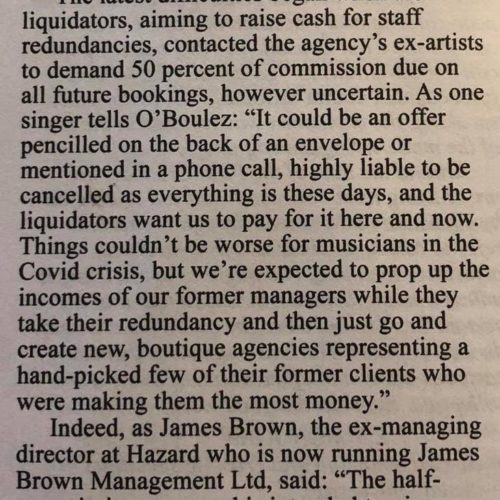 James Brown, the former head of Hazard Chase, has issued the following rebuttal to Slipped Disc:

‘The article is misleading. The commission applies only to the diaries of the artists as they were at 20th March 2020 when HC closed, and commission is only due if the events take place and the fee is received. There is no request for advance payment whatsoever. That statement in the article is entirely false.’

James Brown now runs his own management company, as do several other ex-HC agents.

Artists are invited to let us know of they are being chased – sorry – for unearned commissions.

The very model of a modern English music director »