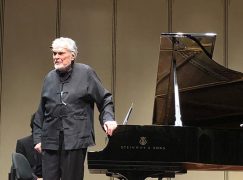 Death of a great American pianist

The universally admired, effortlessly influential Leon Fleisher has died at 92.

An Artur Schnabel disciple, he taught generations of Peabody students in Baltimore the human way of making music. When his right hand was disabled by focal dystonia, he continued his performing career as a left-hand specialist, popularising the concertos that had been written for the First War victim Paul Wittgenstein.

Conductors, musicians and audiences alike appreciated his composed presence on stage. He made numerous, indelible recordings and was truly loved. 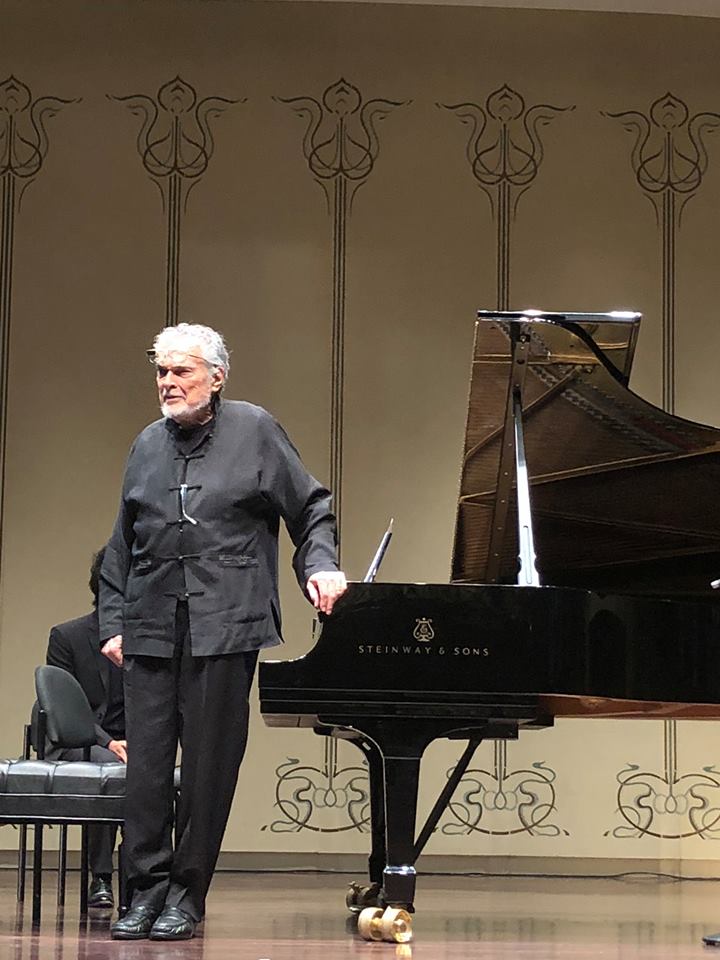 I came to the attention of the then conductor of the [San Francisco] Orchestra, a Frenchman, Pierre Monteux. The conductors knew and respected one another; they were friends. They agreed that I needed, what you would call it, “world class instruction.” And they were both good friends of Artur Schnabel, who was one of the great figures of the 20th century in music, who would come out to San Francisco every two, three, four years and play. Both Monteux and Hertz got in touch with Schnabel, told him about me, and he very discreetly declined, saying he never accepted anybody under 16 for language reasons. He spoke in great abstractions in terms of concepts. I was 9.

As it happened, in the spring of ’38 he came out to San Francisco to play, and had dinner with the Hertzes. They snuck me in through the basement, so when they opened the dining room doors, this kid was sitting at the piano. Being a gentleman, Schnabel resigned himself to the inevitable, so I played for him. I played a Sonetto del Petrarca of Liszt, the third one, and I played the cadenza from the Beethoven B-flat Concerto. I didn’t hear it happen, but he apparently accepted me because he invited me to join him that summer in his home in Lake Como of all places, long before George Clooney moved there…

I worked with him for 10 years. Whoever got the idea that a musician’s education should be the equivalent of liberal arts—four years undergraduate, two years for your master’s—utter nonsense. He taught quite differently than other teachers, and I’ve adopted that for my own ways. He had only a small handful of students, and he requested that all students be present for everybody’s lesson. If there were five students, you learned five times the repertoire. And you saw how we all shared the same challenges. It gave you an overview, and you began to realize that like there are laws of physics, there are laws of music in a way. A lot is made of the relationship between music and math, which I think is comparatively superficial. The real connection is between music and physics. Music is movement. Music passes in time from point A to point B. And because it’s movement, it’s subject to all the laws that govern movement.