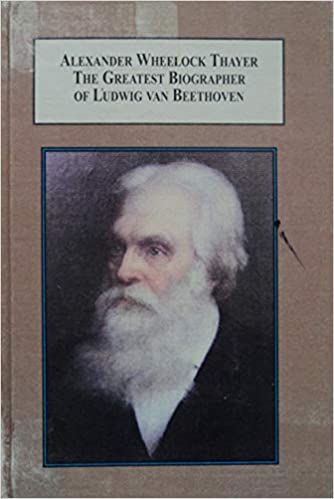 Beethoven is a nightmare for biographers.

His life was uneventful. He was born and raised in Bonn, moved to Vienna in his early 20s and stayed there for the rest of his life. His romantic attachments were unfulfilled, his other relationships were rough and remote – except the love for his nephew, who fled when the deaf composer became too overbearing. For all that we have conversation books  where he communicated with visitors, together with reminiscences of his close acquaintances, getting inside Beethoven’s character is a near-impossible task. Vienna’s most popular biographer Stefan Zweig, a fanatical collector of Beethoven artefacts, steered clear of taking on the insuprable task. The Frenchman Romain Rolland wrote a novelised life of Beethoven in 1903 and a ten-volume cycle, Jean Christophe (1904-12), in which the hero bears many of Beethoven’s characteristics.

Personal memoirs by Ries and Wiegler appeared in 1838, a decade after Beethoven’s death, followed by Anton Schindler’s more comprehensive account two years later, a text which laid the foundations for Beethoven as Romantic hero. Inaccurate and distorted, these reminiscences are neither reliable nor revealing of its subject’s mind. Schindler was estranged from Beethoven from 1824 until the last months of his life.

The first comprehensive biography was undertaken by an American, Alexander Wheelock Thayer (1817-1897), a librarian at Harvard. Annoyed by Schindler’s inconsistencies, Thayer made multiple trips to Europe to track down original documents and interview survivors. For reasons never fully apparent, Thayer had his work published in German – three volumes in his lifetime and two posthumous. ‘I fight for no theories and cherish no prejudices,’ wrote Thayer, ‘my sole point of view is the truth.’

His set was eventually produced in an English edition by the New York critic Henry Edward Krehbiel in 1921 and has stood ever since as the cornerstone biography, albeit neither a literary work nor one that kept up with the getle flow of new discoveries. Germans relied more on Ludwig Nohl, whose three-volume work (1864-77) contains detailed musical analysis.

Half a century later a New York record-label owner by name of Maynard Solomon wrote the first biography to supplant Thayer. Solomon, who founded Vanguard Records with his brother Seymour (their star performer was Joan Baez) and was the first to claim that Schubert was gay, took a Freudian analytical perspective on Beethoven’s relations with his family and loved ones. Solomon also came out as a Marxist, although this aspect of his thinking is less obvious in his empatheic, highly readable portrait of the composer and his perpetual demons.

A British academic, Martin Cooper, wrote a study of Beethoven’s last decade which, written from the hands-on view of a capable pianist, remains an indispensable guide to following the composer’s thoughts from one score to the next. In 2014 the American composer Jan Swafford took almost 1,000 pages of ‘Beethoven: Anguish and Triumph’ to describe the composer’s torments in creating a symphony out of thin air. Swafford’s personal empathy is engulfing and his tone authoritative. His biography is unlikely to be overtaken any time soon simply because there is little more to add to the biography, and the interest in Beethoven in shrinking.

That said, there are some fabulous studies of individual works. The Argentine-French scholar Esteban Buch, for instance, follows the ninth symphony  from first origins to symbolic distortions from Liszt through Hitler to the European Union. Another Oxford academic, Laura Tunbridge has written an adroit guide to Beethoven’s life ‘in nine pieces’.

But that’s enough about the books. I was meaning to write about a negelcted Beethovne song that exists in four different versions and never made it into the canon. Sehnsucht (nostalgia), from Goethe’s novel Mignon, occupied Beethoven for 15 years, from 1808 to 1823. It’s about a love that is hopeless from the moment it starts.

What tugs my heart so
What tugs me inside out?
And twists and turns me
Out of room and house?
As the clouds there
Pass over the rocks
I must go go over there
I must go there!

Beethoven had trouble with Goethe’s irregular rhythms and was troubled further by his own unfulfilled romantic longings. Each version of the song exposes more difficulties until the final revison simplifies Goethe and achieves some kind of catharsis. Goethe’s own longing in writing this poem was not for a woman, but for a return to Italy.

Perhas because the song failed to make it into the main Beethoven catalogue there are relatively few interpretations on record.

Dietrich Fischer-Dieskau, for instance, did not attempt this quadruple version of the song, and there’s not much in the Lied book that escaped his attention. Hermann Prey deputises admirably in the first version, the lightness of his tone preparing us sensitively for the death of love.

Ann Murray is captivating in all four versions, singing well within herself and letting Beethoven’s pathos flow through Goethe’s words with supportive pianism from Ian Burnside.

The only other contender is a 2020 recording by Ian Bostridge, with Antonio Pappano at the piano. Bostridge sings a poetic line in the way Peter Pears used to do, slightly didactic in manner and will syllabic precision. Pappano slightly over-dramatises. I prefer Prey and Murray but your opinion may differ.