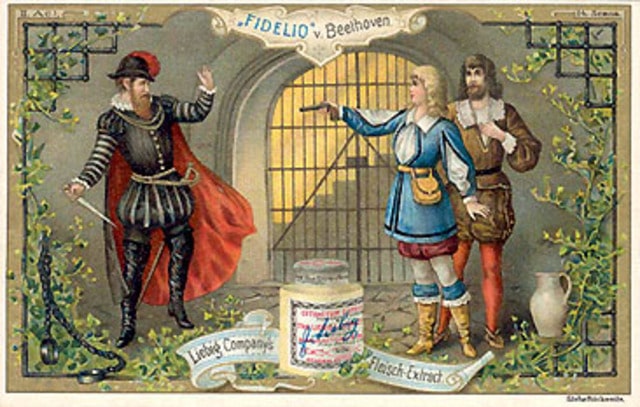 The worst thing Beethoven ever wrote

If you thought Wellington’s Victory was as low as Beethoven could sink in pandering to a tide of popular emotion, this cruddy little chorus for the German part in defeating Napoleon is about as craven a piece of musical propaganda as you will find before the Hitler and Stalin years.

The impetus was a patriotic opera by George Friedrich Treitschke (1776-1842) titled Die gute Nachricht (Good News) for which music was solocited from all the leading Viennese composers. The finale, titled Germania, was reserved for Beethoven. Treitschke, before we dismiss him as a theatrical hack, was a respected entomologist with dozens of important publications on the butterflies of central Europe. He had previously done Beethoven a favour that year by revising the libretto of Fidelio, his literary improvements enabling the composer to ‘rebuild the ruins of an old castle’ and finally establish the opera as a masterpiece.

The words of Germania are, by contrast, triumphalist, faux-classical and revolting. This is the first of five verses:
Germania, Germania,
How bright you stand right now.
Mists envelope your great head,
The old sun might have been stolen,
But God, the Lord, came to your aid.
Let Him be praised, and Heil to thee, Germania.

Beethoven appears to have been caught up in some kind of masss hysteria for this constitutional loner wrote the following letter about a joint victory concert for the beneft of wounded soldiers in which he took part: ‘It was a rare assembly of outstanding artists… Each, inspired by the sole thought of contributing something for the benefit of the Fatherland, worked together without thought of rank and in subordinate positions to bring about an outstanding performance. (…) The leadership of the whole crowd fell to me only because I composed the music. Had it been by someone else, I should have been as willing as Hr. Hummel to take my place at the great drum, since we were all filled solely with the purest feeling of love for the Fatherland and with the joy of giving of our powers for those who had given so greatly for us.’ The euphoria must have been brief, because he soon fell out with Treitschke over a faulty rhythm in the final verse around the Latin word ‘Victoria’. Beethoven said: ‘By the way, I shall not be the slightest bit offended if you want to have it set to music again by Gyrowetz or someone else, though I prefer Weinmüller. For I lay no claim whatever to it. At the same time I refuse to allow anyone else, whoever he may be, to alter my compositions.’ (Weinmüller sang the role of Rocco in the 1814 Fidelio revival.)

Germania is five minutes of intolerable smugness relieved neither by invention nor a hint of detachment on the composer’s part. It is very rarely performed. Of the three recordings on Idagio’s I would recommend the quickest and least indulgent, conducted by Andrew Davis in 1996, with Gerald Finley as the get-over-it soloist and blustery singing from the BBC Singers. It’s done in four and a half minutes.

This is not Beethoven’s only patriotic contribution, although it is by some way the most offensive by the bombast he provides for full orchestra and chorus. The others tend to be solo songs like

Des Kriegers Abschied WoO 143
the warriors farewell for bass and piano, austerely sung by the German bass-baritone Hans Hotter in the thick of Hitler’s war, with Michael Raucheisen at the piano. The singer pledges himself body and soul to the Fatherland.

In Abschiedsgesang an Wiens Bürger WoO 121

farewell song of a Viennese citizen in wartime, Beethoven permits a dash of levity, sending his citizen off with a lilt in his step and a male chorus echoing his national and religious sentiments. Hermann Prey gives good account of it. Prey also performs Kriegslied der Österreicher WoO 122, which begins with the words ‘A great German Volk are we…’ These solo songs add no more than tiny hints to our understanding of Beethoven in a time of war.

More problematic is a cantata that he wrote in 1814, but was not published in his lifetime.

Der glorreiche Augenblick (the glorious moment), opus 136,
While as bombastic as Wellington’s Siege, this cantata is recognisably Beethoven at close to his best, with some transcendent soprano solos and a beautifully integrated orchestra and chorus. The text, by a Salzburg surgeon called Alois Weissenbach, is full of victorious clichés and tributes to noble allies. But Beethoven slips a violin cadenza in the midst of the noisiest passage, suggesting that his mind is drifting to less militaristic objectives.

All told, the cantata is a patchwork quilt of many colours, full of the most unexpected declaration of love to his adopted city, Vienna – ‘Heil, Vienna! Heil und Glück!’ To confuse matters further, an alternative text by Friedrich Rochlitz was appended to to second posthumous publication of the cantata, a decade after Beethoven’s death.

If you shut your ears to the words, this not bad Beethoven by any stretch. The first complete recording was claimed in 1997 by the St Luke’s Orchestra in New York conducted by Robert Bass and Deborah Voigt as one of three soloists on the defunct Koch label (not on Idagio). There are two acceptable options on Idagio – Myung Whun Chung with a superb Roman ensemble and Hilary Davan Whetton in 2011 with the Westminster Cathedral Choir and soloists including Claire Rutter and Stephen Gadd, and violin solos by Clio Gould. I have a personal preference for the latter. It’s really not that bad. 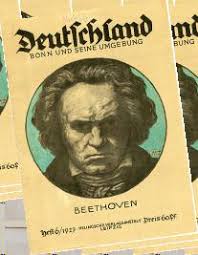