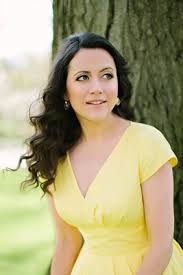 The Times: ‘Covent Garden had me sing with Covid’

There has been a storm of hostile comment to a news article in the Times today. Beneath the headline ‘Show went on despite coronavirus spreading through opera cast,’ it reported:

A soprano who sang in the last show at the Royal Opera House before lockdown has claimed that she and most of the cast caught coronavirus but “powered through” on stage.

Amanda Forsythe, who specialises in baroque music and the works of Rossini, rehearsed and performed despite showing symptoms after flying to London from north Italy….

According to the Times article, there was no understudy in the sold-out production of Fidelio. Fosythe had to sing, or there was no show. More than 60 comments, mostly angry, have appeared on the Times site since this morning.

Amanda has been in touch to set the record straight. She tells Slipped Disc:

‘I recently did a phone interview with a local Boston music critic, Keith Powers, called “artists at home”, and in it we discussed that I found out after the fact that I had had coronavirus 3 months earlier.

‘In the first week of February, I became sick with the “flu” and missed a week of rehearsals at the Royal Opera House. After a full week of rehearsals, I woke up on the weekend feeling terribly and went to the doctor, who examined me and asked if I’d been to China recently. I hadn’t and she diagnosed me with the flu and told me to rest for a week, which I did. I then felt well enough to go back to work, and carried on with rehearsals and the performances. Other cast members, before and after I was out for the week, were also poorly. When I got back home to Boston 6 weeks later, I read about loss of smell being an indicator of Covid. It was then that I put the pieces together and had an antibody test which confirmed that I had had the virus.
‘It’s not good clickbait, but there we have it.’