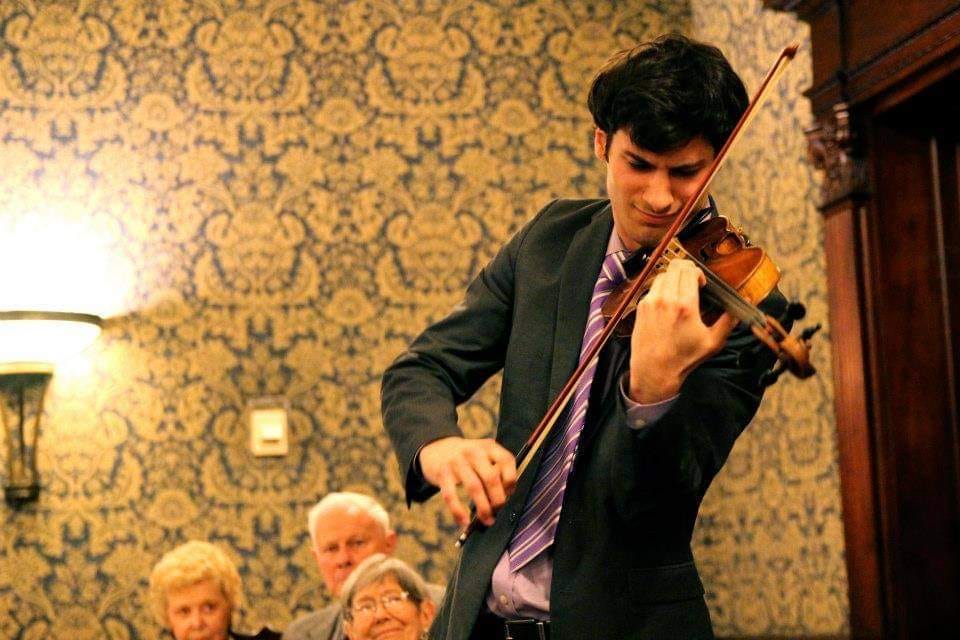 Tributes are pouring in for Gregory Cardi, a former violin and conducting student at Juilliard and Colburn, who died yesterday at the age of 28. No cause has been given. He was a popular, promising young professional.

Originally from East Greenwich, Rhode Island, Greg was concertmaster of several college orchestras and Gerard Schwarz’s conducting assistant at the University of Miami.

Our condolences to his loved ones. 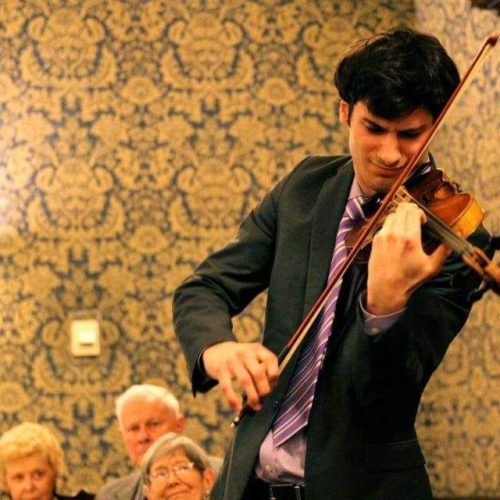 Miguel Harth-Bedoya writes: I am very saddened by the loss of Greg Cardi. Last summer I spent a week working with him, and I was struck by his passion and determination to be a better musician, combined with his constant great sense of humor.
My heart goes out to his parents, relatives, friends, and colleagues.

Andrew Brady writes: When Greg Cardi asked if I wanted to be his roommate at Tanglewood for the summer of 2012 I hesitantly agreed, knowing that I could at least count on some hijinks and entertainment. What I didn’t anticipate was discovering just how genuine and sweet he was when there were fewer people around. We had funny and irreverent conversations as well as deep and sincere ones. I’ll never forget the times we were squeezed next to each other on those tiny beds at Miss Hall’s binging Breaking Bad.

At the end of the summer I went home with him for the small amount of time between the festival and the start of the semester at Colburn. I got to be there to see him celebrate his mom’s birthday with family. The love and generosity were evident during my time there. I’m so so sorry to his family, and my thoughts are with you.

Greg was an extremely dedicated musician. An amazing violinist and conductor, he poured so much of himself into improving his musicianship. He was eager to hear opinions from friends about how to phrase a certain passage, sometimes even bursting into your practice room to play and get feedback. All with such an air of humility.

John Petrey: I was not expecting to hear about this yesterday, especially right after he won a big conducting job in Miami right out of school… I’m still processing it, as he and I used to be the only ones in our professor’s studios at 11:30pm 5x a week practicing all of last year, we would sight-read Mozart Sinfonia Concertante for fun and probably talked every day with orchestra, our TA duties and classes and stuff….

I guess it’s setting in more today after seeing all these posts about it and talking to some of the string faculty directly. I was really hoping it was some sick joke when I heard about it late last night, but 2020 has *not* been kind to anyone… Not really sure what else to say, but I’m really bummed that this keeps happening to friends who were generally quiet about their struggles and rarely if ever asked anybody else for help when they needed it the most.

… The common denominator in situations like this is that people tend to feel like they’re alone in dealing with issues because they think that everyone is against them, but that’s definitely not the case. We are all navigating this pandemic and dozens of equally bad global and local issues on a day to day basis, so moving forward we have to keep an eye out on those that are the most vulnerable in these areas. My condolences to his family if they see this as well, I remember meeting his parents briefly at one of his performances and I’m sure this is devastating…

Jebat Kee: I am still in shock and trying to process the loss of Greg Cardi.

We were friends. Colleagues. Our desks were adjacent to one another in the conducting office. I would often come in late at night to find Greg practicing Don Juan on his violin. I told him it was time to go home but he would always reiterate that he needed to put in his 30 minutes a day on violin. One morning I woke up to 30 bucks in my Venmo account from Greg. He told me it was for his failing to live up to his promise of completing a particular task. I told him he was being ridiculous and wanted to give it back but he insisted I keep it. Talk about discipline and dedication.

Greg and I shared the experience of being string players transitioning into the world of conducting, and we often discussed the challenges we faced. His endless curiosity led him to asking unique and thought-provoking questions of us. He made me think out of the box on many occasions. Every day he would eagerly present a new epiphany he had, whether it had to do with conducting, music, life, you name it.

Greg loved to teach. I watched him coach a group where he used words like “pineapple” and “watermelon” to help them with triplet and sixteenth note rhythms. And of course, most of us will never look at the word “potato” in the same light again.

To say Greg was unique would be an understatement. My heart goes out to his family. What a great loss.

« An orchestra forms on a London grassy knoll