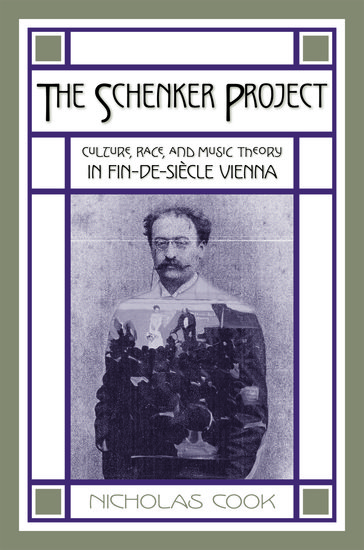 ‘Let’s kick that racist Schenker out of musicology’

The analytical methodology of the Viennese scholar Heinrich Schenker (1868-1935) has dominated academic musicology for so long that it is hardly possible to open a Beethoven score without thinking of his theories. Schenker, a decendant of Talmudists, is a powerful mind, always good to challenge. But the storm that has grippped US musicology this month has very little to do with his ideas.

It started with a lecture by the inflammatory Philip Ewell, a New York campaigner for ‘decolonising’ the music curriculum. Ewell gave a talk titled ‘Music Theory’s White Racial Frame‘ at the Society for Music Theory (SMT) Annual Meeting in November 2019 and debate has exploded since then with 100 pages of responses to Ewell’s lecture in the Journal of Schenkerian Studies.

All this would be worth little more than a raised eyebrow were it not for the odious undercurrents. Schenker was unarguably a supremacist when discussing European music. He was also xenophobe. These views are integral to the history and evolutuon of musicology and have been thoroughly exposed in many serious investigations such as….

There was nothing new in Ewell’s attempted assassination, but his tone struck a different chord, provoking one of the journal’s editors, Timothy Jackson of the University of North Texas, to accuse Ewell of having an antisemitic agenda. ‘Ewell’s denunciation of Schenker and Schenkerians may be seen as part and parcel of the much broader current of Black anti-Semitism… including the pattern of violence against Jews, the obnoxious lyrics of some hip hop songs, etc.’

Ewell’s supporters rallied with this letter of support to the SMT: … The journal’s violation of academic standards of peer review, its singling out of Prof. Ewell while denying him a chance to respond, and the language of many of its essays constitute anti-Black racism. These actions provide further evidence of the structural force of white supremacy in our discipline. While this episode is the most recent, and perhaps the most illustrative, the treatment Prof. Ewell received from the Journal of Schenkerian Studies is only the latest instance of systemic racism that marginalized Society members have faced for many years.

Varun Chandrasekhar, The University of Minnesota

Rachel May Golden, University of Tennessee

Bryn Hughes, The University of Lethbridge

Siv B. Lie, University of Maryland

Lynne Rogers, Mannes School of Music at The New School

Jo Collinson Scott, Reader in Music, University of the West of Scotland

Kate Sekula, University of Science and Arts of Education

Emma Taylor, The Hartt School at the University of Hartford

« Beethoven was an above average composer, promoted by whiteness and maleness

Just in: Youtube is taking down all Danish music »