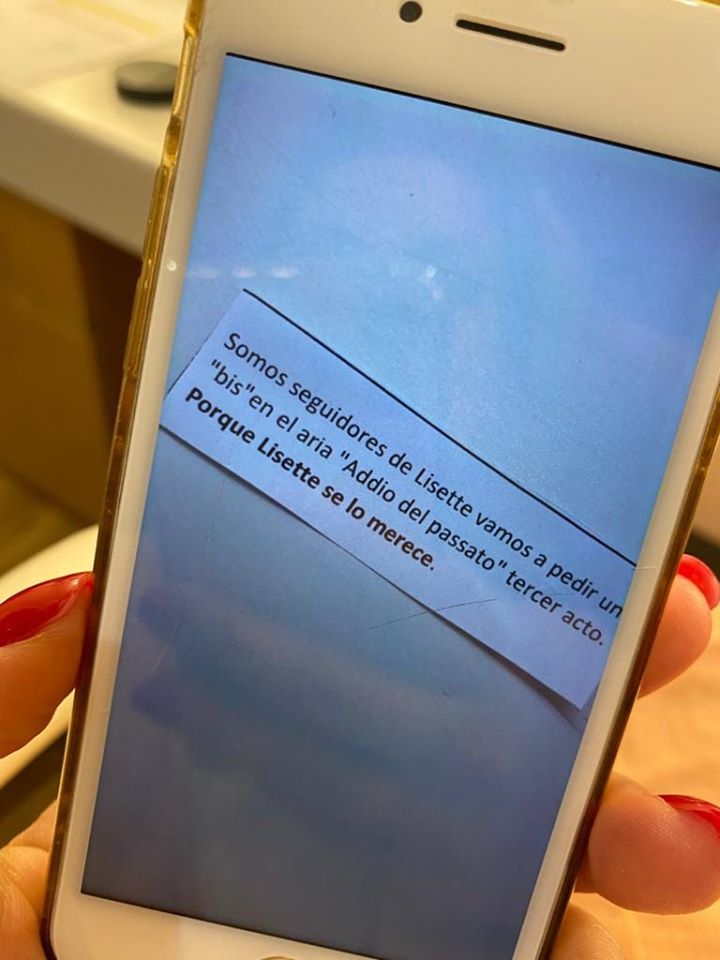 Did a claque win a US soprano an historic encore?

Much fuss was made the other day of  Lisette Oropesa being called back for an encore by the Madrid audience in Traviata.

There were shouts of ‘bis’ from all over the house.

But now it appears that someone distributed these cards beforehand all over the Teatro Real. 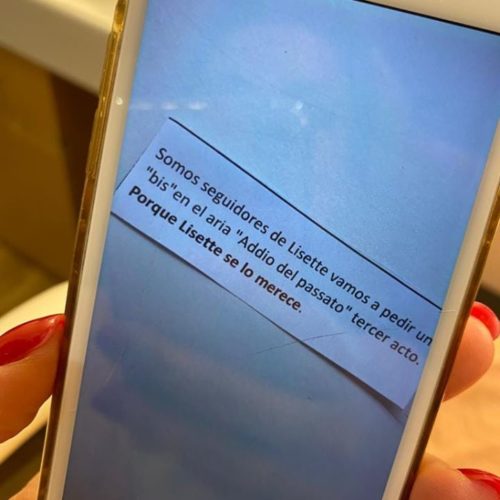 The text reads: ′We are a group of Lisette fans, we ask for an encore at the end of the  Addio del passato. Lisette deserves it.’

The singer would have been unawares, but Madrid is buzzing with theories as to who organised this.

Just to be precise:
1. Ms. Oropesa became a Spanish citizen some months ago.
2. These cards were distributed before the show on July 25 while the encore happened on July 28, after a 3-minute ovation (and no cards😊).

Munich molester stays out of jail »