Chaos in the Cathedral as choir faults are exposed

We reported yesterday that Sheffield Cathedral had abolished its choir. The parental letter below exposes total mayhem in the management of Cathdral music, with four music directors departing in five years and other staff feeling ‘unsafe and unsupported’

To the Editor of Church Times

Your readers will be forgiven for believing that Sheffield cathedral has closed its choir “after a two year review of the music department,” with the implication that the current (now ex) choristers, lay-clerks and choral scholars were holding the cathedral back from their ambitions for the future. That is absolutely not the case. This is my understanding of what has happened, from my vantage point as a choir parent since 2011:

There was a very short review (perhaps two days?) last summer, but changes were made and the choir went from strength to strength from September 2019 to March 2020, evidenced in Chapter’s unanimous decision to appoint Joshua Stephens as Master of Music, taking up his post on 8th March to everyone’s great delight. However, with the onset of coronavirus, Mr Stephens was furloughed and the cathedral failed to communicate this to any of the choir. Mr Stephens allegedly experienced harassment from the cathedral management and silence from the clergy while furloughed. This was not unusual behaviour for the cathedral as others have experienced the same in the past, but lockdown sharpened the focus and made it more evident. I made a formal complaint but little action was taken, and Mr Stephens resigned at the end of June stating that he was not compatible with the prevailing culture in the cathedral. Chapter accepted his resignation without talking to him to understand his motives. Lay-clerks, parents, and choristers were distraught and begged Chapter to initiate mediation. But instead they decided to close down the choir and start afresh, with no encouragement to ex-choir members to be part of the new vision.

This course of events would have been unbelievable back in February when plans were being made for a new wider recruitment programme, a choir tour to Berlin and new ideas for a younger choir and one for boys’ changing voices. The choir was energised and optimistic, but during all the pressures of lockdown as well as the fire at the Cathedral Archer Project, the clergy admitted that the music department had “slipped through the net”. Nevertheless choir parents and layclerks kept up morale amongst the choristers with zoom parties on the theme of different composers each week, but there was no communication at all from the cathedral to the choir from the last choir rehearsal before lockdown until 24th June when the Dean talked about bringing Mr Stephens back off furlough and preparing to start up again. However, Mr Stephens was not copied into that email and he resigned the following day. The fourth Director of Music to leave Sheffield cathedral in five years. The cathedral’s Head Steward has also since resigned in protest, as did the leaders of the 100-strong Toddler group last year, and as has one of the choir chaperones, stating that she feels unsafe and unsupported. Now Chapter has suddenly decided to discard the choir and start afresh without consulting any of the musicians. Indeed the press heard about it before even the choristers did!

We recommend that the Dean and Chapter read Frederic Laloux’s book “Reinventing Organisations” to understand something about treating people as whole persons and helping them flourish to be the best they can be for the benefit of all, rather than as replaceable cogs playing a role in a machine. Perhaps they would then see the strength of fury that has been unleashed amongst the choir community in recent weeks as an asset to build upon, rather than as something to run from? Then they would find an experienced, committed and flexible core of highly skilled singers to be of great value to Sheffield cathedral’s plans for music provision in the future. But that can only happen if they dare to be real. Why are they so afraid? 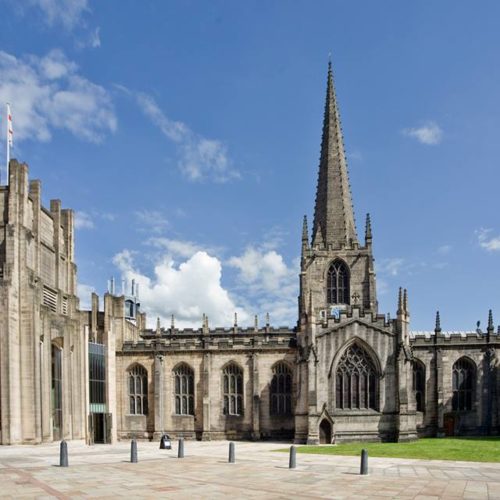 « The Slipped Disc daily comfort zone (129): No going back

Should an arts journalist ever ask such a question? »