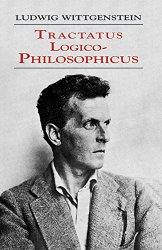 Beethoven mixed what others could not match

There are some two dozen sets of variations by Beethoven on themes by other composers, but a bare handful of works by others which develop a theme from Beethoven’s voluminous output. Why is that?

Almost all of Beethoven’s variations were composed in his 20s just before or while he was trying to make a name in Vienna. Taking a theme by Mozart or Handel was a time-tested way of projecting himself in association with established favourites. But Beethoven was not fussy where he took his themes so long as he could build his own Babel tower on the original base. There’s a 15-minute set on a march by a man called Ernst Christoph Dressler, a Vienna tenor who died in 1779 when Beethoven was still in short pants. Beethoven was only 11 when he wrote the set.

Paul Wranitzky (1756-1808), whose Russian dance that Beethoven variegated is his ticket to posterity, was a Czech composer of 44 symphonies and 56 string quartets, all completely forgotten. His only footprint on history was as conductor of the world premiere of Beethoven’s first symphony.

Some of Beethoven’s other choices were overtly political. Who was Vincenzo Righini whose variations provided Beethoven with a publishing deal at Schott and, as the British scholar Barry Cooper argues, his first masterpiece. Righini was a Bologna singer and conductor who replaced Salieri for a few months in the Habsburg court before landing the powerful kapellmeister job at the Prussian court in Berlin. Did Beethoven think he might be a useful ally? Was Righini even aware that Beethoven was using his work? Cooper argues that the Righini Variations provided Beethoven with the framework for his concluding piano summit, the Diabelli Variations. There are several recordings of the Righini variations; the young Alfred Brendel delivers them with masterpiece reverence. The Russian Mikhail Pletnev offers a playful alternative.

No less political was his selection of themes by Karl Ditters von Dittersdorf, a Viennese veteran who had been friendly with Mozart and Haydn – the set is wittily titled ‘there once was an old man’ – and Antonio Salieri, controller of court patronage. Beethoven set an insipid and utterly humourless theme from Salieri’s opera, Falstaff. Another throwback to Mozart is a pack of Variations in F major on ‘Tändeln und scherzen’ by Franz Xaver Süßmayr, the widow Mozart’s companion who was charged with the completion of Mozart’s Requiem. By the end of the 18th century Beethoven no longer bothers to doff his hat to these notables and his stream of variations on other men’s themes peters out. But the stimulus to write variations has been embedded deep in his system and will recur at vital moments in his life. In all, he wrote 60 compositions in variation form.

It remains puzzling, though, that so few great composers looked to Beethoven as a source for their own elaborations.

The first who comes to mind is Robert Schumann:

Studies in the Form of Free Variations on a Theme of Beethoven Anh. F25

This appears to have been a set of exercises to improve his own piano playing – both Clara and her father were superior pianists – but Schumann subjects an Eroica theme to quite thrilling extrapolations and the work deserves to be more widely known. It is played here by the fearless London-based Hungarian, Peter Frankl.

There is a wonderful dialogue between two Russian pianists, Takov Zak and Emil Gilels on the Variations on a Theme of Beethoven for 2 Pianos in E flat major op. 35 by the exuberant French composer Camille Saint-Saens. There’s very little Beethoven to be heard in it but the key is a Beethoven home base and the effervescence is wonderful.

Which is more than can be said of Max Reger’s Variations and Fugue on a Theme of Beethoven op. 86 (Version for 2 Pianos), which descends from morose to morbid, even with such expressive interpreters as Peter Serkin and Andras Schiff. The orchestral version is no jollier, beautifully played as it might be. You get the feeling Reger knew how far he was down the evolutionary scale from Beethoven.

The Austrian composer Franz Schmidt wrote Concertante Variations on a Theme of Beethoven as a left-hand-only piano concerto for the wealthy Paul Wittgenstein, brother of the philosopher, who had lost in right arm in Russian captivity during the First World War. It is an unexpected delight. The main theme is taken from the scherzo movement of Beethoven’s Spring sonata and Schmidt develops it with a wit and levity altogether out of character with the post-War miseries of 1923. If you know Schmidt (1874-1939) only as a name in the dictionary this is an ideal entry point to a composer whom some conductors of my acquaintance consider to be among the greatest. By the first variation, you are halfway between a Vienna nightclub and a Berlin film set. Amazing that it is so little performed, with just one recording presently available.

If you’re obsessive about these things – who, me? – you may also find a set of 40 variations on a Beethoven theme by his pupil Archduke Rudolph which has never apparently been recorded, and a set f Beethoven variations by the British composer Wilfred Josephs, which Andre Previn premiered in 1970 at Carnegie Hall. Plus 10 jazz variations by the Jacques Loussier Trio on the theme of the allegretto of the seventh Symphony.

But that’s about it. Beethoven did not leave many scraps for other composers to exploit.