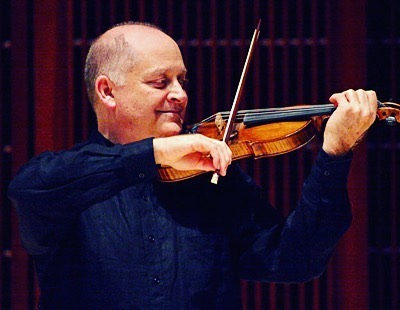 Friends are reporting the death of Kenneth Goldsmith, professor of violin at the Shepherd School of Music until his retirement less than two months ago. He was described then as ‘one of our country’s most respected practitioners and pedagogues for more than half a century’.

Houston Symphony principal cellist Brinton Smith writes: ‘Really crushed to hear of the death of Ken Goldsmith. We shared a studio at Rice these last two years and I loved living among the walls decorated with his memories and memorabilia of the greatest musicians of history. We were living in his world and we loved it. Such a kind, decent man- really the epitome of a mensch. The world is a lesser place without him in it…’

His students can be found in most major US orchestras – Chicago, Boston, Houston, San Francisco, Los Angeles, Philadelphia, Dallas, Seattle, Pittsburgh and the Met.