Met musicians: We read about our future in the Times

Leigh Mesh, associate principal bass at the Metropolitan Opera Orchestra, is married to associate concertmaster Nancy Wu. They have seen  see Peter Gelb announcing their future in a newspaper before he tells the musicians. Not happy about it.

From an interview with Leigh in VAN magazine:

I’m talking personally, but I’m irked at finding out what happens in my workplace in the media. I’m particularly irked at the particulars of what our online gala brought in. [The Met has raised $60 million in the past two months, including through the gala. The orchestra musicians and singers who participated were not paid. —Ed.] Peter Gelb was asked repeatedly about that information, and he refused to tell us. We learned about it in the Times.

I really wish communication with the company would be much different than it is. I don’t know that would have really changed anything. Certainly what the gala earned is a drop in the bucket. But just in this time, it doesn’t feel good. Morale is pretty low.

Your wife Nancy Wu is associate Concertmaster. That means you’re losing two incomes…
Yes, true. But we’re also in a good position because we’ve had two incomes. We have savings, and we’re also receiving two unemployment checks. It puts us in a better position. But losing the extra benefit now will really cut our earnings, and I imagine lots of people are going to be in trouble. 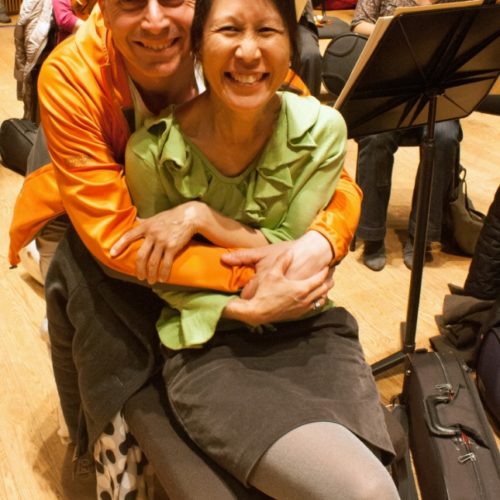