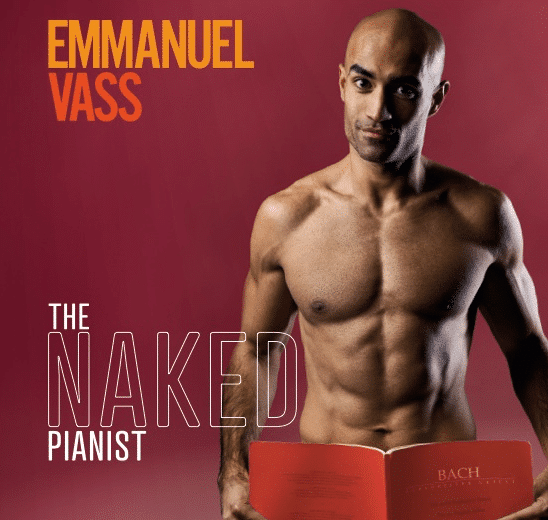 Every single word that follows is from the press release, just landed: 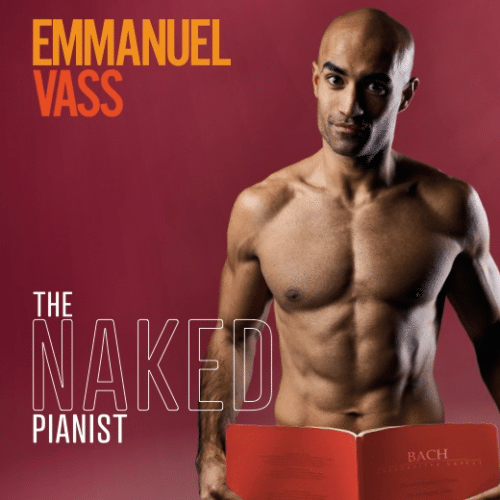 THE NAKED PIANIST BARES ALL FOR CLASSICAL MUSIC

Mixed-race, openly gay, Stockport classical pianist Emmanuel (Manny) Vass, 31, continues to push boundaries and divide traditionalists with the release his third album, The Naked Pianist.
From stripping down to Union Jack boxers on ITV’s Britain’s Got Talent; being spotted by the pool chatting to fellow daters in his orange speedos on Channel 4’s First Dates Hotel, to featuring as a ClassicFM Young Classical Star, Manny continues to take risks shaking up the classical world.
The half Pakistani half Filipino Stockport resident, who has performed for global royalty including the Prince of Monaco on the most prestigious stages across the UK, funded The Naked Pianist with an Arts Council England grant, following on from his previous album,
which hit #1 in the UK specialist classical charts in 2015 after a 165% funded crowdfunding campaign.
“I have faced adversity and difficulties all my life” says Manny, “but that is precisely why it is so important for people of colour such as myself to proudly exist within traditionally white spaces. Classical music and redbrick Universities can and should be celebrated as diverse, innovative, and inclusive places”.

« Violin vigil is stormed by US riot police