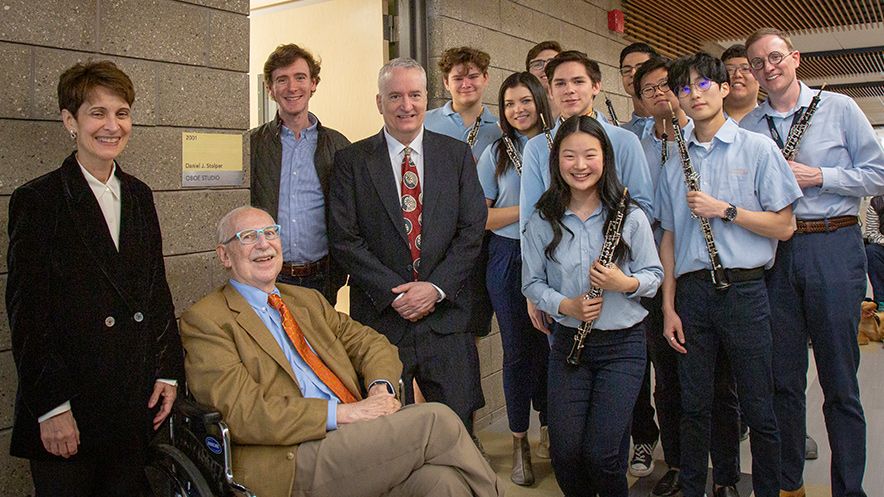 The death of Daniel Stolper, at 85, is being widely mourned.

Stolper first arrived at Interlochen Arts Camp as an instructor of oboe in the summer of 1970 and joined the Arts Academy faculty in 1972. He retired in 2017 after more than 45 years of service to the institution.

The music world lost a giant today. Dan Stolper’s influence on generations of musicians through his work at Interlochen, Michigan State University, and the International Double Reed Society is truly inspirational,” said Interlochen Instructor of Bassoon Eric Stomberg. “His care for each and every student, interest in listening and learning throughout his career, and his true artistry on stage place him in a league of his own….

His former students include William Welter and Lora Schaefer of the Chicago Symphony Orchestra; Keisuke Wakao of the Boston Symphony; David Matthews of the Dallas Symphony; Nicholas Stovall and Kathryn Wilson of the National Symphony; and Scott Bell of the Pittsburgh Symphony, among others.

In addition to his role at Interlochen, Stolper held principal positions with the San Antonio Symphony, New Orleans Philharmonic, and Lansing Symphony.  Stolper served for many years as the oboe editor of The Double Reed.