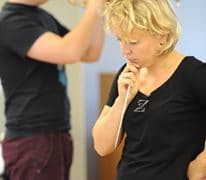 In Germany conductors are taught to be too strict

From an FT report today on the Dallas Opera’s Hart Institute, which puts young women on the career path:

…. After working for 20 years in Germany, (Anna) Skryleva says she benefited from the exposure to the American system. “In the US, you have to organise your rehearsal time differently, arriving at the podium exactly on the hour. Emmanuel Villaume [Dallas Opera’s music director] said I looked too strict, as if I had worked too long in Germany. He told me to relax. There was a lot about attitude, discussions around psychological issues with experienced counsellors. The message was ‘trust yourself and you can be a conductor’, and I immediately saw a result from that when I came back to Germany.”

The roll call of alumnae includes Welsh National Opera’s first female conductor-in-residence, holders of positions in Los Angeles, Philadelphia, Seattle, Perth, Thessaloniki and Romania, and two of the top 20 women conductors of 2019 as listed on the music blog Slipped Disc.

Another who has risen to prominence is Lidiya Yankovskaya, also from 2015 and now music director of Chicago Opera Theater. “It was valuable to get advice on where my career trajectory stood at that time and insight into what my skills were,” she says. “You don’t often get honest feedback from top people in our industry, and this was important in showing me where to go next.” 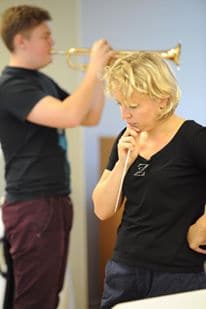