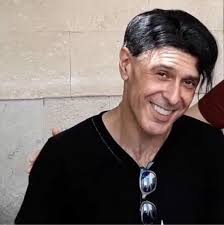 In the 7th, Beethoven was waiting for Godot

Of the most important Beethoven symphonies – the ones with odd numbers: 3, 5, 7, 9 – the seventh receives the least critical attention. There are plenty of books about other symphonies but none I can find discusses this symphony alone. The seventh is almost at risk of being taken for granted because, at this peak in his development, Beethoven had attained so complete a command of orchestral sound that others could only stand back in awe, a response that persists to the present day.

The symphony’s premiere in December 1813, preceded by the appalling Wellington’s Victory, was at a gala concert to raise funds for Austrian and Bavarian soldiers who were wounded in the final battles against Napoleon. The symphony was mistaken by its first audiences for a second victory anthem. While there may be a swagger in the Presto third movement the rest of the work is founded on a tissue of complex and contradictory emotions. Although in four-square Haydn form, the symphony is noisier than any prior work and boldly self-assured. Beethoven presented it to publishers as ‘one of my most excellent works’. The Allegretto second movement stands out both in its majestic theme and in a regret for lives wasted in wars of imperial vanity. In a challenge to audience expectations, Beethoven did not write a slow movement, leaving it up to conductors to manipulate the emotions of audiences as they controlled the ebb and flow of the masterpiece.

The composer Louis Spohr, who played in the violin section at the first performance, has left a pathetic memento of Beethoven’s general shortcomings as a conductor, aggrevated by his near-total deafness: Hejumped into the air at the point where according to his calculation the forte ought to begin. When this did not follow his movement he looked about in a startled way, stared at the orchestra to see it still playing pianissimo and found his bearings only when the long expected forte came and was visible to him. Fortunately this comical incident did not take place at the performance.  Music, Spohr seems to suggest, makes fools of us all.

Other composers dissented. Carl Maria von Weber declared the symphony was proof that Beethoven had lost his mind. Clara Schumann’s father said he must have been drunk. Richard Wagner called it dance music: ‘if anyone plays the Seventh, tables and benches, cans and cups, the grandmother, the blind and the lame, aye, the children in the cradle fall to dancing.’ Isadora Duncan, in one of her most celebrated acts, would dance Beethoven’s seventh symphony, start to finish.

For writers, it provoked untold depths of contemplation. Emily Bronte liked to play the second movement at her piano to achieve spiritual equilibrium; hints of the symphony can be found in Wuthering Heights. ‘The emancipating power of a work like the Seventh Symphony was bound to appeal to the woman who created Heathcliff,’ writes the American literary scholar Robert K Wallace, who goes on to hypothesise that certain of Heathcliff’s rough characteristics were transplanted by Bronte from Anton Schindler’s biographical portrait of Beethoven. ‘Goethe’s celebrated reference to Beethoven as “an utterly untamed personality” utterly fits Heathcliff,’ argues Wallace. Beethoven’s existential loneliness would also have held deep appeal for the solitary Bronte.

A later innivator who was consumed by the seventh symphony was the Irishman Samuel Beckett who, in a 1937 letter, asks ‘why that terrible arbitrary materiality of the word’s surface should not be permitted to dissolve as, for example, the sound surface of Beethoven’s Seventh Symphony is dissolved by huge black pauses so that for pages on end we annot perceive it as other than a dizzying path of sounds connecting unfathomable chasms of silence.’ This reads as if Becket is discovering the modernist breakthrough of Waiting for Godot through listening to this singular symphony of Beethoven’s.

Even more surprising, the second movement is the one that Edward Albee has playing on the gramophone when George splashes cold water on Nick and Martha’s dance party in Who’s Afraid of Virginia Woolf? The significance of this symphony is all-pervasive, and I have barely touched what Beckett rightly refrains from calling the ‘surface’. This symphony exists on multiple levels.

There are at least 150 recordings and I have run out of space to discuss them in a single post. I’ll confined myself today to some remarkable recent recordings, moving on to the larger scale of epic performances over the course of the weekend.

The Italian musician Ezio Bosso, who died three weeks ago at the age of 48, was a composer, pianist, double-bass player and conductor. His music enhanced many films, ballets and theatre pieces but, as his physical coordination declined after a brain operation in 2011, he increasingly took up conducting. Last year, Bosso recorded Beethoven’s seventh symphony in Bologna. Regardless of his neurodegenerative condition, it is one of the most effervescent and illuminating readings you will find in any recorded archive. I was stunned and thrilled to find it on Idagio. I suspect you will be, too.

The Czech conductor Libor Pesek was a legend in Liverpool in the 1980s, illuminating an economically depressed city with colourful cycles of Mahler, Suk, Dvorak and more. I don’t remember attending a Beethoven concert of his in those years, but this 2020 recording with the Slovak Philharmonic is a firecracker. Pesek may be in his eighties but every rhythm is pinpoint and the dance is fast and furious. Pesek takes sharp bends at scary speeds, challenging the listener to keep up, or fall off the cliff.

Andrew Manze, current principal guest conductor of the Liverpool Phil, is faster still with the NDR Philharmonie of Hannover in 2020, employing historically informed methodology to frighten the horses. The sound is not as pristine as you’d expect in the 21st century but the style is irresistibly exciting. I wish I could be as enthusiastic about Adam Fischer with the Danish national chamber orchestra, which is also very fast. There are some startling moments in the brass and percussion but the whole lacks flexibility in its propulsion. You want to dance? Try Sir Thomas Beecham with the Royal Philharmonic in 1958.

Jaap Van Zweden with the New York Philharmonic (2018) struts and swaggers with the best of them, while lacking the last edge of flexibility. Totally on the wild side is Daniel Barenboim’s West-East Orchestra in Buenos Aires (2020),overflowing with exuberance and – dare I suggest it? – an invitation to tango. This might be Barenboim’s most reckless and revivifying Beethoven symphony.

« If you’re an orchestra, you need EDI

The Slipped Disc daily comfort zone (81): The war’s over, Dima »