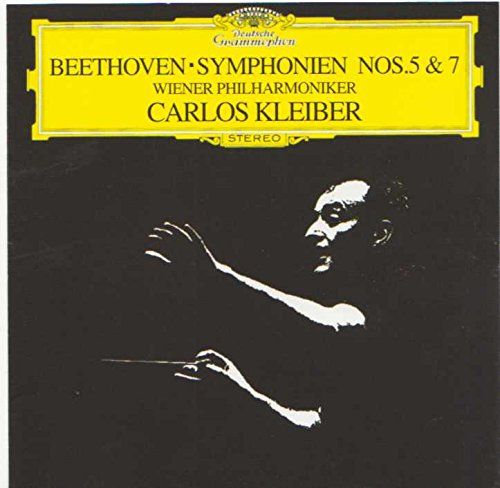 Before we come down to the final selection, pianist Lori Kaufman in Chicago has sent us these thoughts of pressing relevance:

One of the most bitter casualties of the Great Virus of 2020, Beethoven lost out on all of his 250th birthday celebrations worldwide. We have donated the ticket costs and cancelled our travel, and all that is left is for us to play some of the late bagatelles on our piano that desperately needs a socially distanced tuning, or to scroll through an overtaxed youtube to get our fix of this titan, the man who changed sonata form forever and transformed the symphony into an expression of indefatigable human triumph. (And couldn’t we all use a little human triumph about now?) Norman tells me that the seventh symphony is up next, and we already know better than to offend our audience by claiming that one version is the “best ever,” and so I will leave it to you to decide which Beethoven 7th YOU need right now, in this bizarre time.

Does your body need sunlight and vitamin D to ramp up your immune system? Then go for Carlos Kleiber’s 1976 Vienna recording. On everyone’s top ten list, this is the version that radiates light and love and sprinkles irresistible charm at each barline. Each note of the ascending scales in the prologue is a puff of Schlag atop rows and rows of Sachertorte. As the fourth piano concerto seems to say everything there is to say about G major, this symphony is the house that holds A major, with room after room of its joy, its spirit, its hope. You won’t be able to stop yourself from whistling along with the jaunty flute when it presents the theme. If you want to obliterate the dark days of quarantine, this is the recording for you. You won’t get bogged down in the sadness of the second movement because Kleiber takes it at a cheery clip that hypnotizes you into the soothing balm of the major section. There is no time to despair, the third and fourth movement are soon there to take your cares away with their exuberance. This is the symphonic metaphor of putting on your bathing suit for the first time in summer.

Are you feeling sentimental, lamenting the “good old days?” Watch Reiner’s video with Chicago from 1954. Oh Fritz, with your toy soldier right arm, mechanically moving up and down while the REAL conducting is done with your eyes. Wait, there is Janos Starker at the front of the cello section! And Ray Still’s brilliant predecessor, Florian Mueller! It’s a pageant of the greats, with  close ups in all the right places. You will have a lot of fun watching Reiner and his shocking economy of movement. He gets magisterial things out of the orchestra using only his eyebrows. Listen to the way he builds momentum in the prologue. Those ascending passages transform the humble scale into profound statements on humanity’s greatest accomplishments. Reiner’s scope is unparalleled. Watch the whole thing and you will be rewarded in the climactic end by seeing him mopping his face and then frantically trying to stuff the handkerchief back into his lapel pocket before anyone notices that he’s actually human.

Do you need an intellectual challenge? Have you already conquered the chemistry of sourdough baking, having mastered the boule, now using your starter in focaccia and even pancakes? Okay, do this: Put on George Szell and the Cleveland Orchestra and I guarantee you will hear notes that you never knew existed in this piece. Did you write your dissertation on this symphony? Szell will show you passages and lines you were not aware of. His is the only ensemble that sounds like an alien with twenty different distinct voices, all playing as one sentient being. The clarity is astounding, and never gets old. You will literally feel your brain cells multiplying.

Are you stir crazy, and would do anything to get out and go to the theatre? Watch the Hollywood version of this piece conducted by Leonard Bernstein in 1978. You will have all the drama and passion and intrigue you crave. I hope you have some microwave popcorn somewhere in the back of your pantry. Put some lip gloss on, dress up and make it into an event. After all, this is the only outing you’ve had in three months! Watch Lenny talk about Beethoven’s proclivities directly into the camera, and imagine that you will brush elbows with him at the reception later.

Are you looking for meaning to this madness? Have you already cleaned out every junk drawer in your home and organized your books according to size, shape, and the colors of roy g biv? Nobody can tame chaos like Arturo Toscanini. Whether you prefer the 1935 BBC or the 1936 NYP version (both have astounding merits), you will be blessed with order finally restored to our sorry universe. No need for a dangerous visit to the chiropractor, Toscanini will realign your limbs and sinews down to a cellular level. A master class in form, no tonic chord is played as a dominant, no dominant is without its drama, and your sanity is refreshed by every successive triumphant harmonic resolution. At certain points, Beethoven’s notes don’t even sound like they are played by instruments, but by some natural sonic emission of Nature herself. Put your trust in Toscanini to set things right.

Are you grieving? Do you need someone to sit with your sadness, someone who understands? Furtwängler does. His 1943 Berlin recording plummets to the lowest despair of humankind. You have never heard so much pain and pathos in this second movement. He takes it sloooow, and each octave rise in the strings grows even more mournful until its almost unbearable. This will accompany whatever suffering you feel. In the outer movements, the timpani goes to hell and back to save your soul. You will find what you need in this devastating recording. And then you will feel better!  Do you need to hold on to some form of hope?

But what if you simply need to hold on to some form of hope? Are you feeling like your life will never be more than a treacherous five minute walk outside to the mailbox? Then consider doing something radical:  Leave the old wonderful adored masters aside for 38 minutes and go on facebook and watch Het Concertgebouworkest perform their first live concert since this whole nasty business shut down music everywhere. Spanish maestro Gustavo Gimeno leads the stoic and dedicated musicians, one to a stand, 1.75 metres apart, as they play a piece that goes from joy to despair and everything in between. Allow them the dignity to get back to their life’s work, with a symphony that has a special meaning for any musician. There is no audience in the hall but you are there, proving that music cannot be shut down. Happy Birthday, Beethoven. We certainly miss you.

Lori’s recommendation of the 1943 Furtwängler concert in Berlin is endorsed by most of our experts. Costa Pilavachi writes from Athens: ‘The most urgent and exciting, Not a single note played routinely. As if lives depend on it.’ What Furtwängler achieved, as he did so often, was to convey the spirit of the moment and, at the same time, a sense that nothing in this symphony could ever be performed differently from the way they were playing it now. There is something demagogic about Furtwängler’s music making, yet also consensual. Many in the audience would carry this concert in their heads for what remained of their lives in the last two years of war.

Indisputable as Furtwängler’s account might be, the interpretations of his antipode Arturo Toscanini possess even greater power and authority. Leonard Slatkin is gripped by the Maestro’s 1935 concert with the BBC Symphony Orchestra: ‘It grabs me in a way that no other performance does. The balances are amazing, even with the limited technology of the time. Edge of your seat listening at its best.’ In my listening, the Allegretto in particular conveys vast human compassion without a trace of the German conductor’s self-pity. Somewhere between these two peaks lies an eternal truth. And not just between these two.

Erich Kleiber‘s austere 1950 performance in the Amsterdam Concertgebouw was long held to be the benchmark interpretation – poised on a knife-edge of human destiny. ‘ His sense of proportion and ability to elicit differentiated gestures for every motif is, to me incomparable; on top of which, his elegance, exuberance and own sense of wonder at the music is so intense and moving,’ comments the Danish conductor and violinist Nikolaj Znaider. Austerity governs the finale: this is no invitation to the dance.

Quarter of a century later, Carlos Kleiber slew his father Erich with a performance so calisthenic it makes listeners leap from their seats and whirl round the room with whoever is available. Carlos Kleiber’s account of the Seventh with the Vienna Philharmonic was issued together with his interpretation of the Fifth, which many critics regard as definitive (an awkward designation for so fluid an art as orchestral music) and which grips us all with a sense of wonder. This Deutsche Grammophon production might well qualify as the most important classical release of all time. The Seventh, on the seventh hearing, acquires an aura of ne plus ultra.

Except that my Spanish colleague Juan Lucas, editor of Scherzo magazine, believes the May 1982 Carlos Kleiber concert in Munich is even more overwhelming. Try it.

This debate may never end.

* Previous parts of this discussion can be read here.