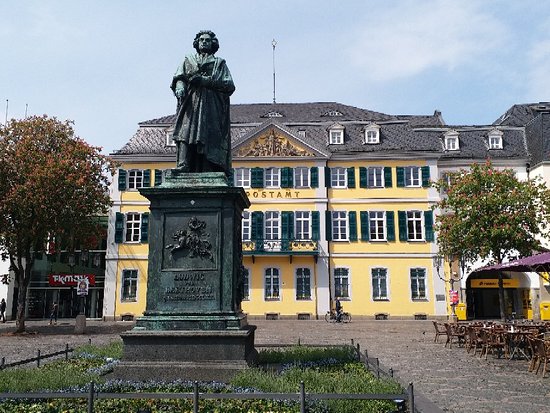 Come on Beethoven, steal my fire

The overture that Beethoven wrote to an 1810 production of Goethe’s play is one of his most infectious confections, sweeping the listener along on a wave of optimism and excitement. The incidental music that he wrote for the rest of the play is stilted and disjointed.

Egmont is the story of the Dutch nobleman Lamoral, Count of Egmont, who challenged the cruel Spanish hegemony in his country and was beheaded for insubordination. His dignity at the moment of execution inspired popular insurrections across the Netherlands. Egmont is not much of a play but Beethoven’s music is brilliantly rousing and was probably intended as a message to the French occupiers of Vienna that the popular will cannot be suppressed forever. There is an additional personal element. The Van in Beethoven’s name was Dutch. He was writing this music for his Netherlands ancestors.

The overture is a conductor’s showpiece. The earliest known recording was in 1913 by Arthur Nikisch and the London Symphony Orchestra, and it’s an absolute belter (unfortunately not yet on Idagio). Willem Mengelberg, the first Dutchman to record the overture in 1926, invests it with an excess of dramatic emphasis and a great deal of pathos, albeit very stylishly played.

Egmont was a calling card of George Szell’s; he recorded it four times in the 1960s, most silkily with the Vienna Philharmonic, every filament of the drama exposed by a master craftsman. Herbert von Karajan had five goes at recording the music in studio, most sententiously in London in 1953. Much has been written about hostility to Karajan by members of the Philharmonia Orchestra – British ex-servicemen facing an unrepentant Nazi – but the subtlety of the woodwind responses indicates a much more complex transaction. The musicians clearly respected his directions, and with good reason. Karajan was the Philharmonia’s ticket to world fame and the players relied on him for their livelihoods. At its most frenetic, this Egmont recording is a wonderful study in crowds and power.

Franz Welser-Möst, who has recorded the overture in Cleveland (not yet on Idagio), regards it as a monument to man’s ability to conquer fear, by standing up to tyranny regardless of the inevitable consequences, as he explains here.

Wilhelm Furtwängler, who avoided confrontations with power, recorded Egmont in 1947 with a bizarre blend of slow sentimentality and wild bluster, worth hearing for its perversity. Leonard Bernstein takes it enigmatically weird with the New York Philharmonic. It could be a curtain-raiser for a melodrama, or a Broadway musical. The conductor can;t make up his mind.

Ferenc Fricsay, a Hungarian exile in Berlin, had seen his country destroyed by Germans and Russians. The tyranny he presents was something he experienced and he was now, in 1958, dying young of cancer. This is an extraordinarily poignant reading.

Klaus Tennstedt is, as always, naive and incontrovertible. He tells it like a bedtime story and the London Philharmonic play like dragons.

More naive still is Christian Thielemann, a conductor of immense gifts in romantive narrative who attracts critical deprecation for his right-leaning politics.  Thielemann, recording with the Munich Philharmonic in 2005, achieved levels of beauty untouched by other performers. Whether because he is steeped in Wagner or because he was raised on Grimm’s fairy tales, he puts the story first and lets the music tell it. No frills, no personal investment, just the notes that Beethoven wrote, delivered with elegance and interest, as fine a Beethoven interpretation as you will find anywhere.

Conductors aside, the overture has a central place in the casting of Beethoven’s historical image. It was performed when Franz Liszt inaugurated the statue of Beethoven in the centre of Bonn in August 1845, in the presence of Queen Victoria, the King of Prussia and the composers Berlioz, Meyerbeer, Spohr and Moscheles, among a host of musical influencers including the exotic dancer Lola Montez, who kicked off her shoes and flicked up her skirts on the table.

Beethoven’s only ballet, composed in 1801 for the Vienna Burgtheater and running 28 nights, it’s the story of Prometheus who stole fire from Zeus in order to make man out of clay. The only part that gets played mostly is the Adagio, which lasts around five minutes on average.

Arturo Toscanini gives it a wondrously sententious sonority, as if he’s sitting in judgement in court on the burglarious Prometheus and is about to sentence him to play at the back of the second violins. The woodwinds positively sparkle in this 1939 BBC Symphony Orchestra recording and the sound is superior to Toscanini’s in New York.

Otto Klemperer drags it out to almost six minutes with the Philharmonia, one of his more frustrating interpretations. Charles Munch is just regal with the Boston Symphony, his phrases shaped like breakfast croissants from room service at the George V. Why this accomplished French conductor has been so comprehensively forgotten is one of the great je-ne-sais-quois of the Beethoven archives.

Riccardo Chailly (2009), brisk and tightly focussed, is more persuasive to my ear than his mentor Claudio Abbado – or than any other Italian all the way back to Toscanini. The Gewandhaus have the best sound of the lot. For sheer fun and frolics, try Gustavo Dudamel with the Simón Bolívar Symphony Orchestra of Venezuela in 2012, a bunch of kids from deprived backgrounds playing each note with almost exaggerated care, revelling in the beauty they discover and create.