With Beethoven, it’s the singer not the song

We don’t know why Beethoven chose to write in any of the forms he did, why one idea would give rise to a piano sonata, another to a string quartet and a third to a full symphony. What we do know is that writing songs was hardly ever his first impulse. In surviving sketches, we see him jotting down notes but never words – unlike Schubert, for instance, who would often do both. At the far end of the 19th century, Gustav Mahler would sketch out songs that served him as the nucleus of a symphony. Beethoven wrote a symphony without thinking of a song.

Perhaps he knew he was not a great song writer. In the same way that he did not compete with Mozart in writing comic opera, he was not concerned with participating in the growing taste for Lieder, which both Mozart and Haydn were prepared to feed. When Schubert wrote songs he took his cue from the two dead masters, rather than from the living Beethoven.

That said, Beethoven did write songs – two sets of Lieder, opp 48 and 52, two of Gesänge, opp 75 and 83, and a further set of Arietten, opus 82.  He also composed, ahead of Schubert, the first authentic, free-standing cycle of Lieder, An die ferne Geliebte, which I’ll consider later. The songs he wrote are relatively unknown. If ever you whistle a tune of Beethoven’s, it’s unlikely to be from a symphony.

The oldest recording of a Beethoven song dates from 1911. It is sung by the American baritone Arthur van Eweyk with pianist Charles Albert Baker. Eweyk has a formidable instrument and something of a fairground manner, but you won’t be sorry you’ve heard him. You really won’t. 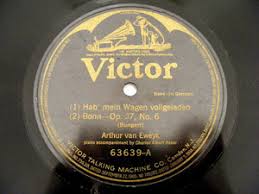 In his first published set, Beethoven chose six songs by the theologian Christian Fürchtegott Gellert (1750-1769), a poet whose entire works had previously been set to music by Carl Philipp Emanuel Bach. Beethoven learned these texts from his childhood teacher in Bonn, Christian Neefe. What appealed to him was not so much their doctrinal faith as their celebration of the presence of God in nature. He would also have been aware that their author Gellert was a prominent Protestant whereas his own background was Catholic.

The signature song ‘Die Ehre Gottes aus der Natur’ (God’s glory in Nature) receives a magnificent 1936 rendition from the great Norwegian soprano Kirsten Flagstad, an interpretation that is almost churchlike in its devoutness, accompanied at the piano by her worshipful American biographer Edwin Macarthur. Flagstad is indispensable.

The supreme German Lieder singer Dietrich Fischer-Dieskau gave his first account of the set in 1955 with the pianist Hertha Klust. It is comparatively austere – colourless, even – when set beside the partnership he was about to enter with the English pianist, Gerald Moore, whose encouragement elicited far more dramatic performances. 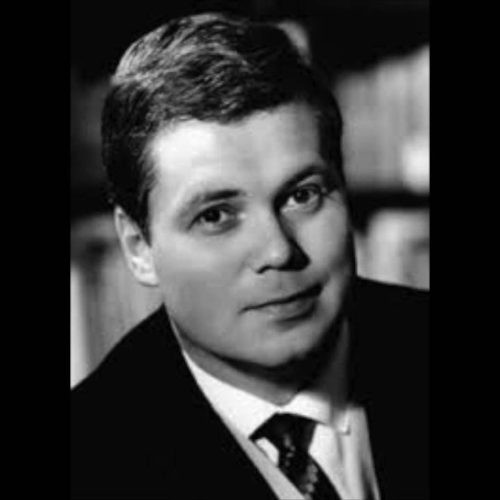 Fischer-Dieskau dominates both opus 48 and 52. Never pushing the voice at top or bottom, he develops effects that make the songs more interesting than they really are. Sometimes, by being too mannered, he achieves the exact opposite, but in his 1966 set with Jorg Demus, he is almost playful. Among other versions, Jessye Norman (with James Levine at the piano) is a bit empty-churchy. Matthias Goerne, with Jan Lisiecki in 2019, has a tiptoeing reverence, a pastel colouring that will grow on you.

In one of the eight songs in opus 52, Mailied, Fischer-Dieskau is put to the sword by the greatest German lyric tenor, Fritz Wunderlich. In Mailied Wunderlich illustrates the futility of effort. Everything he does flows naturally, bringing the most out of this song by sheer lack of effort. You may not want to hear any other man sing it after this. A 2008 Wigmore Hall recital by Ann Murray and Roderick Williams, with Ian Burnside at the piano, gently brings out the set’s domestic dimensions. The young Peter Schreier, recording in Dresden’s Lukaskirche in 1968-70, treats the set like second-quality Schubert. Taken more slowly than most, he finds fresh depths; the pianist is Walter Olbertz.

The six songs opus 75 contain a genuine signature song ‘Kennst du das Land’ (also known as Mignon), and a grappling with Goethe’s Faust. The set does not hang together thematically. The US soprano Rachel Willis-Sørensen taps a deep vein of homesickness in Kennst du. The Finnish soprano Karita Mattila is more florid in Neue Liebe. Nikolai Gedda is irresistible in the Faust number. There’s a recording of the complete set here.

The Ariettas, opus 82, are Italian porcelain designed in Vienna. A listen to Cecilia Bartoli with Sir Andras Schiff at the piano will give you all you need to know. For curiosity value you might also try the counter-tenor David DQ Lee with Yannick Nezet-Séguin at the piano.

*
Adelaide, opus 45
This is one of Beethoven’s earliest songs, written and revised several times in his 20s. The theme is roughly ‘I wandered lonely as a cloud’ but he never fully works out where he’s going. None of which stops the greatest singers from trying to work it out.

Heinrich Schlusnus, the first on record in 1930, makes it sound almost like a musichall torch-song. Jussi Björling (1939) takes it much more slowly, a drawing-room lovesong to a distantly glimpsed loved one, with a floated top note that is out of this world. Dietrich Fischer-Dieskau
sounds prosaic by comparison, as does everyone else until Fritz Wunderlich who sings it  quite quicklyas a take-it-or-leave-it ultimatum to the wandering lover. Wunderlich invests everything he touches with a tantalising hint of fickleness. Among modern singers, Matthias Goerne (2019) owns it.

If Schubert had written this song, he would have broken someone’s heart. Beethoven is a neutral observer, non-committal, almost empirical in his attitude.