The composer Eddie McGuire has alerted us to a new article by Stuart Eydmann on the 1985 concert and public workshop where Yehudi Menuhin interviewed and played with six Scots fiddlers representing six different fiddling styles. Eddie composed a piece for them to all play together as a finale – a melody called ‘The Fiddler’s Farewell’ followed by a reel ‘Mr Menuhin’s Delight’.

You can hear the audio track here. 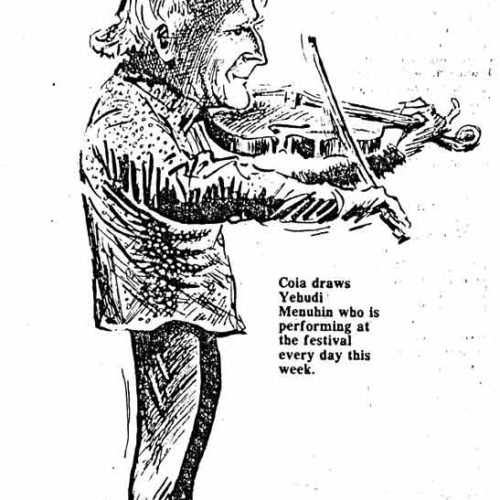